Design a site like this with WordPress.com
Get started
Skip to content
One Man And His Garden Trowel Uncategorised 14th July 201831st January 2020 4 Minutes

Though lucky to have had enough rain to fill the water butts a few weeks ago, it didn’t appear to do the ground much good. Every evening I’ve continued to water pots and newly planted annuals and perennials. But as the hot dry weather continues it’s also become necessary to water some long established plants that had previously been left to fend for themselves. As a result of all this watering one water butt has been completely emptied and the other is now half empty/half full (delete as appropriate). 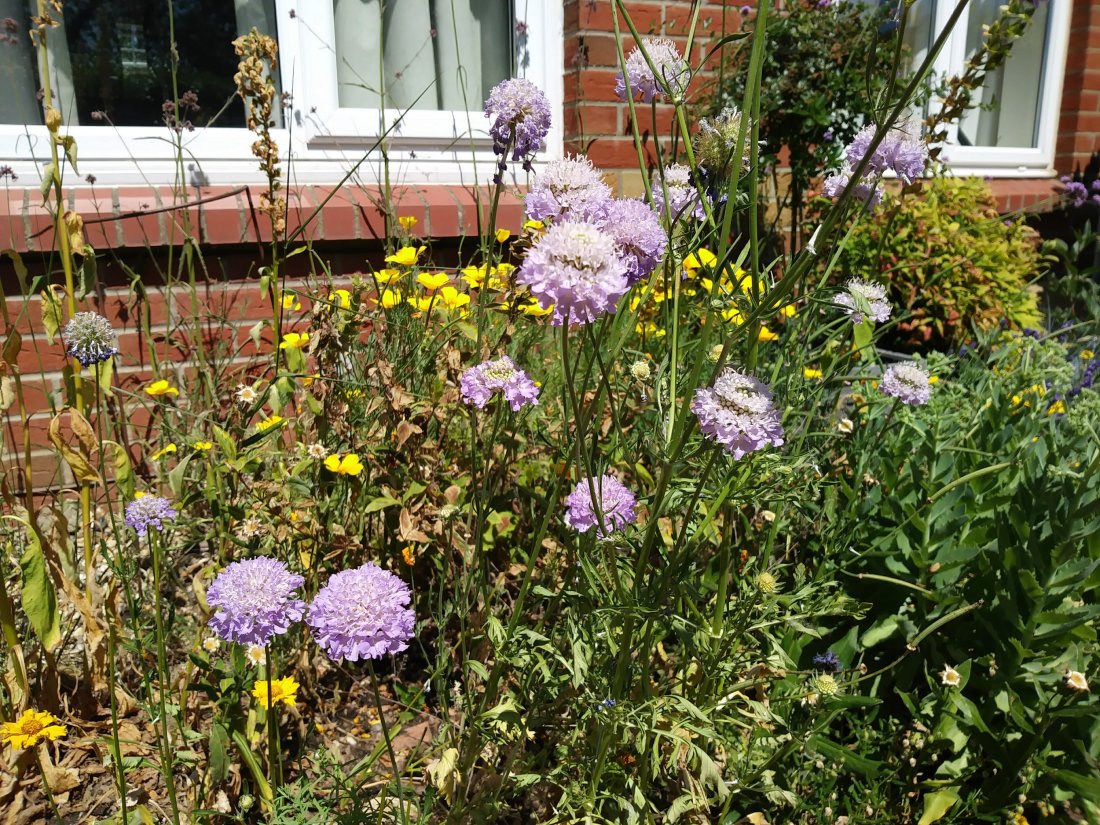 The South facing front garden has always struggled a bit from mid June onwards. However, this year it’s looking decidedly ropey. A variegated Weigela looks very sickly indeed, though at least the lawn is a uniform crispy straw like colour unlike the lawn in the back which is unpleasingly patchy.

In the back garden the phloxes, usually a show at this time of year, are looking very sorry for themselves, many of the buds having simply shrivelled up, and a viburnum is looking almost autumnal. An attempt to plant out snap dragons and some of the lupins (I’m past caring if they survive or not) would have been a lot easier if I’d used a hammer and chisel to break up the clay soil rather than a trowel.

Still, there were a few slightly overcast and cooler days last week so plants enjoyed a brief respite from the relentless heat. Anyway, enough moaning, here are my Six on Saturday.

1. This is Graham Thomas, one of a number of honeysuckles in the garden. The flowers start off pink before turning a lovely yellow and white. GT has been flowering for a few months now and grows near the swing seat where its scent can be more fully appreciated.

2. It was touch and go for the Echinacea last year. During previous years it had flourished and tales of woe from my mum concerning her own failed attempts to protect her coneflowers from slugs and snails were met with sympathetic oh-dears, how-annoyings and slightly baffled well-they-don’t-seem-to-touch-ours musings. And so I got complacent, failing to notice that Echinacea had been added to the 2017 summer menu of our resident gourmet gastropods until it was almost too late.

The few remaining nibbled stems were hurriedly dug up, plonked in a pot and taken to the sanctuary of the swing seat where it began to make a very slow recovery but failed to flower. This summer, after it had put on a sufficient amount of growth, it was put back in the ground, surrounded by wool pellets, and after a lot of pampering it has a couple of flowers. I think I prefer them before the petals have fully opened, what do you think?

3. These are the offspring of some yellow Marigolds from my mum. The first batch of seeds failed to germinate for some reason, but the second batch have done well. They’ve been flowering for over a month now and will hopefully go on for a few more months with regular deadheading. They’re sharing a pot with some dwarf sweet peas that have yet to develop any buds (I wonder if they may need a more sunny position?) 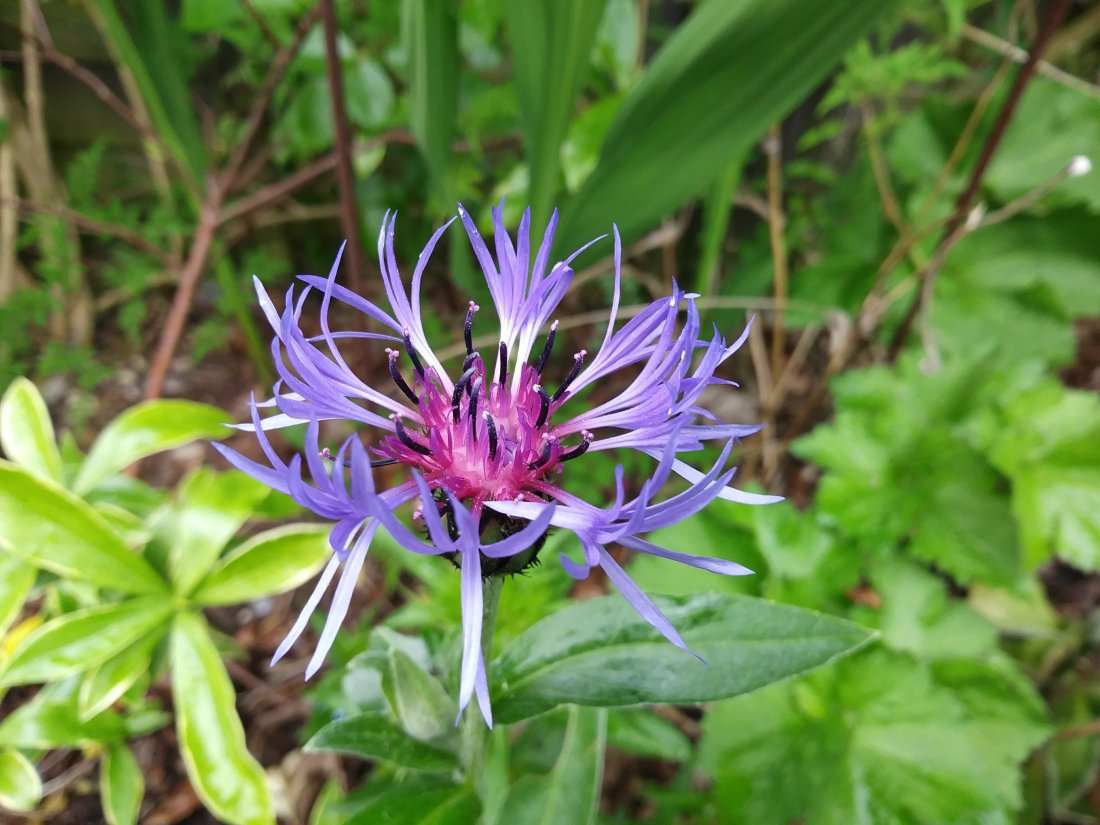 4. The blue version of the perennial cornflower (Centaurea montana) flowered earlier in the year. Some of it was chopped back in the hope that it might flower again this summer and some of it was pulled up to help keep it under control (it can get a bit rampant). However, I’d had my eye on the white version (Centaurea montana ‘Alba’) after seeing one at the Taunton Flower Show a few years ago. As luck would have it I discovered my sister had one in her garden and after placing an order through my mum for any potential propagatings, voilà…

I’ve yet to find a place in the garden for it but I’m going to plant it in a bed well away from its blue relative to minimise the chances of accidently pulling it up when attempting to keep the blue one in check. 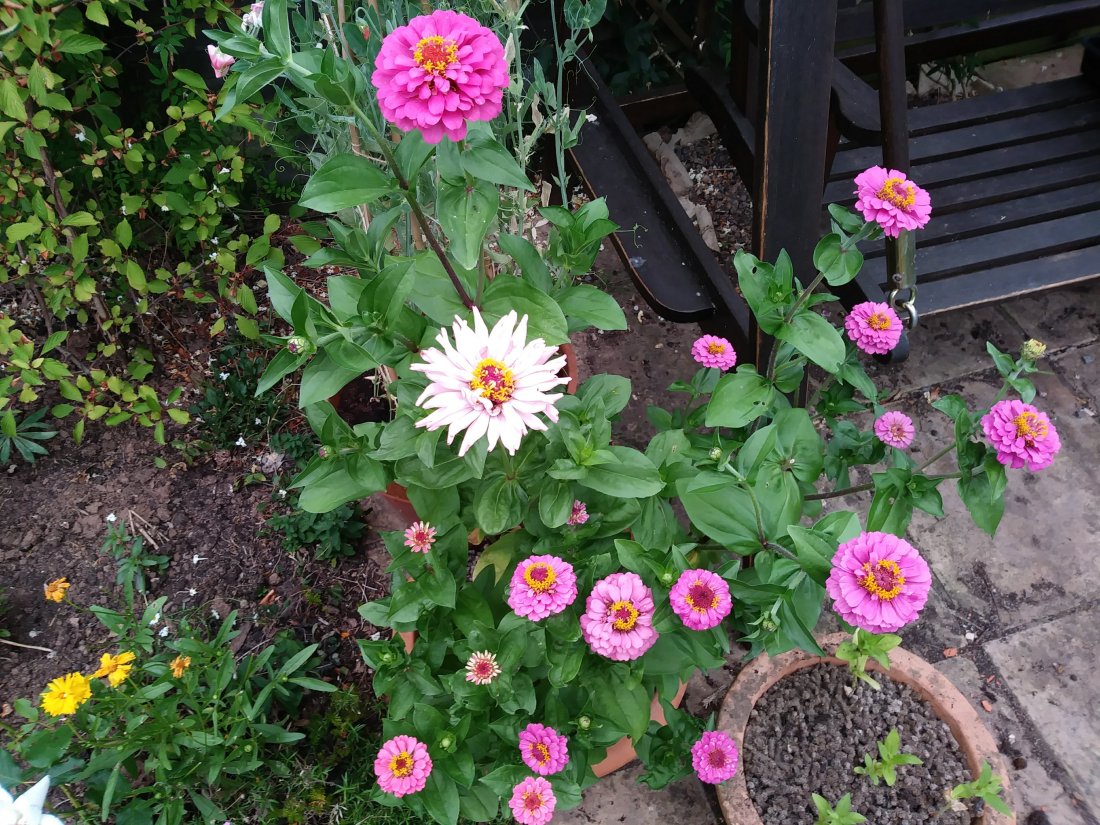 4. The Zinnias are in full flower now. Grown from a packet of mixed seed, I never know what I’m going to get. I always hope for a few red flowers but this year they’ve all turned out to be pink, with one rather unusual shaggy pale pink one.

The flowers last for ages, adding layer upon layer of petals until you end up with a ruff of sorts with a circle of dancing yellow stars around the centre. 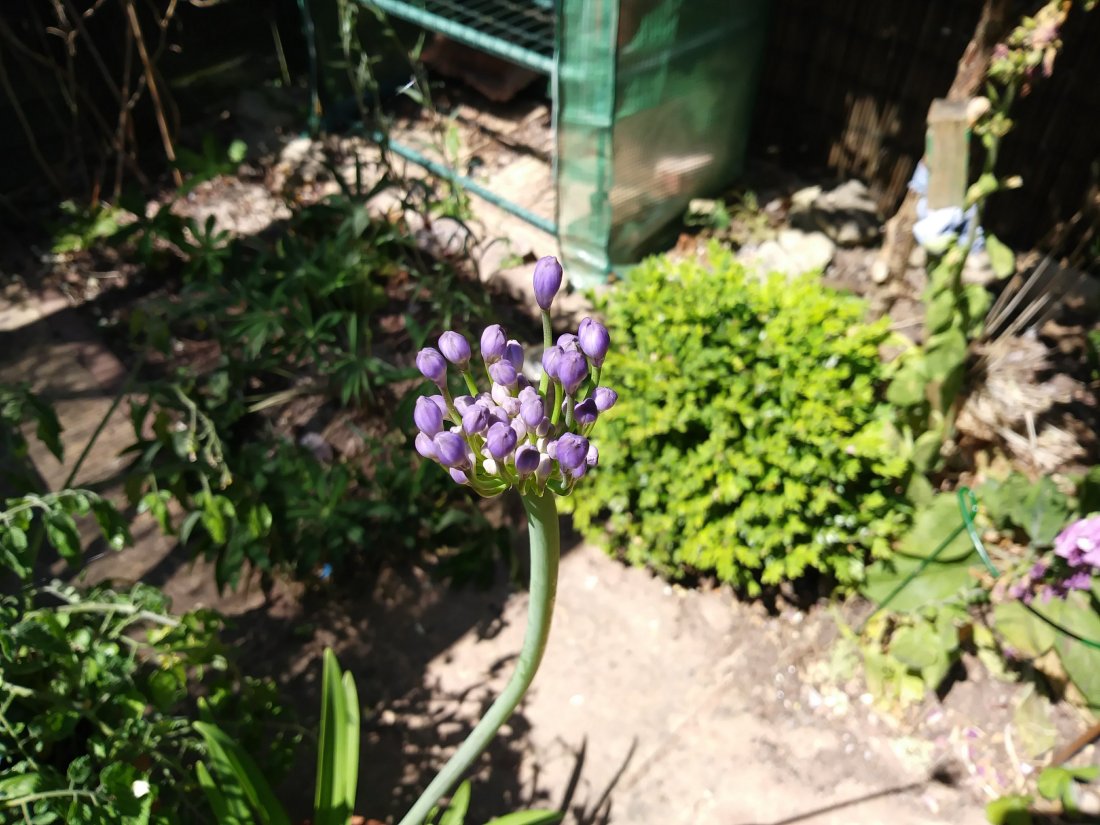 6. And finally, an Agapanthus. It’s taken years for an agapanthus to flower in the garden. They’re a favourite of my wife and remind me of holidays on the Isles of Scilly. Half a dozen bulbs were put in the garden about 5 years ago (a mixture of pink, white and blue) and did absolutely nothing and I’d forgotten all about them until I spotted some agapanthus leaves tentatively poking out of the soil two years ago. After reading that they flower best if their roots are constricted I dug it up, placed it in a pot and waited…

And, 24 months later, success! We’ve known for a few weeks now that it was going to be blue (we were both secretly hoping this would be the case) and it’s been fascinating watching the buds develop. This week they finally began to open…