Design a site like this with WordPress.com
Get started
Skip to content
One Man And His Garden Trowel Uncategorised 11th August 201811th August 2018 2 Minutes

The garden is still looking a little sad, though after a bit of rain (with more forecast over the next few days) perhaps things will begin to perk up a bit. It’s not great timing though as my mum’s coming down to stay for a few days and I’d planned the odd trip out to a garden or two! Ah well. As I’ve whinged about the lack of rain for months now I have absolutely no right to complain.

Thank goodness for the zinnias. They’ve been one of the most successful plants in the back garden this summer. They seem to have thrived on all the sun and as they’re in a pot they’ve had a daily watering and a weekly feed. And big news, we actually had butterflies on the butterfly bush earlier in the week; a red admiral and a painted lady (I think). However, neither the zinnias or the buddleia are part of my Six on Saturday this week.

1. I have a soft spot for yellowish Crocosmia and usually end up buying one at the Taunton Flower Show each year. I think this one is Columbus.

And this one, Jackanapes, was purchased at last Saturday’s Flower Show. I’m not sure where it’s going yet as it tends to clash with everything. Looking at this photo though I’ve just relalised it goes rather well with the brickwork. Hmm…

2. Possibly one of my most favourite plants of all next, the viola. These seem to have seeded themselves from last Autumn’s batch and are very welcome wherever they choose to call home.

They’re perfection in miniature and they’ll add a welcome splash of colour come the winter.

3. This is a mystery plant that’s growing in a pot with the white perennial corn flower. Weed, wildflower or legit garden plant? I’ve no idea. It’s rather nice though and the bees like it.

4. A hardy fuchsia that still hasn’t forgiven me for moving it in the Spring. It used to get over four-foot high and wide and was always covered with flowers throughout the summer and into the Autumn.

It’s now in a shadier spot and this, combined with the lack of rain, probably hasn’t helped its disposition.

5. Another purchase at this year’s Taunton Flower Show; a Didiscus caeruleus (or Blue Lace Flower). I must admit I thought this was a perennial and wouldn’t have bought it had I known it was an annual. 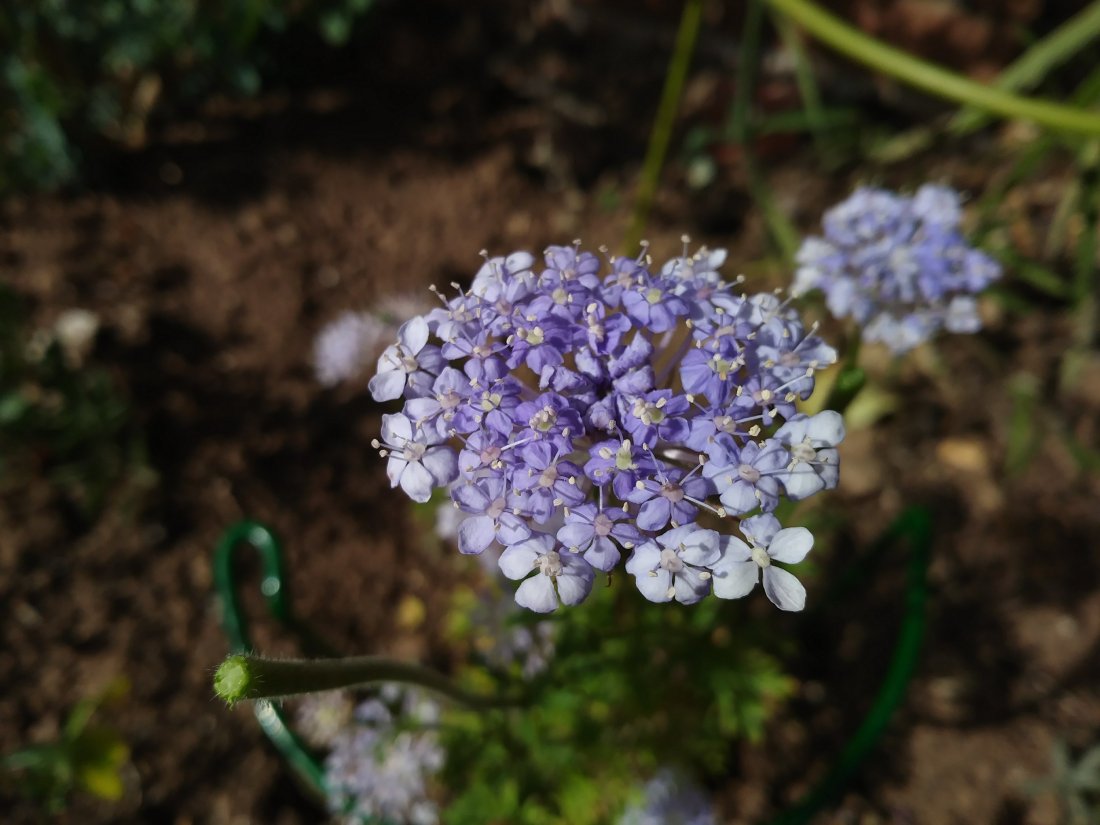 However, it likes hot dry sites and apparently seeds itself ‘elegantly’ (whatever that means), so hopefully it might do well in the front garden. 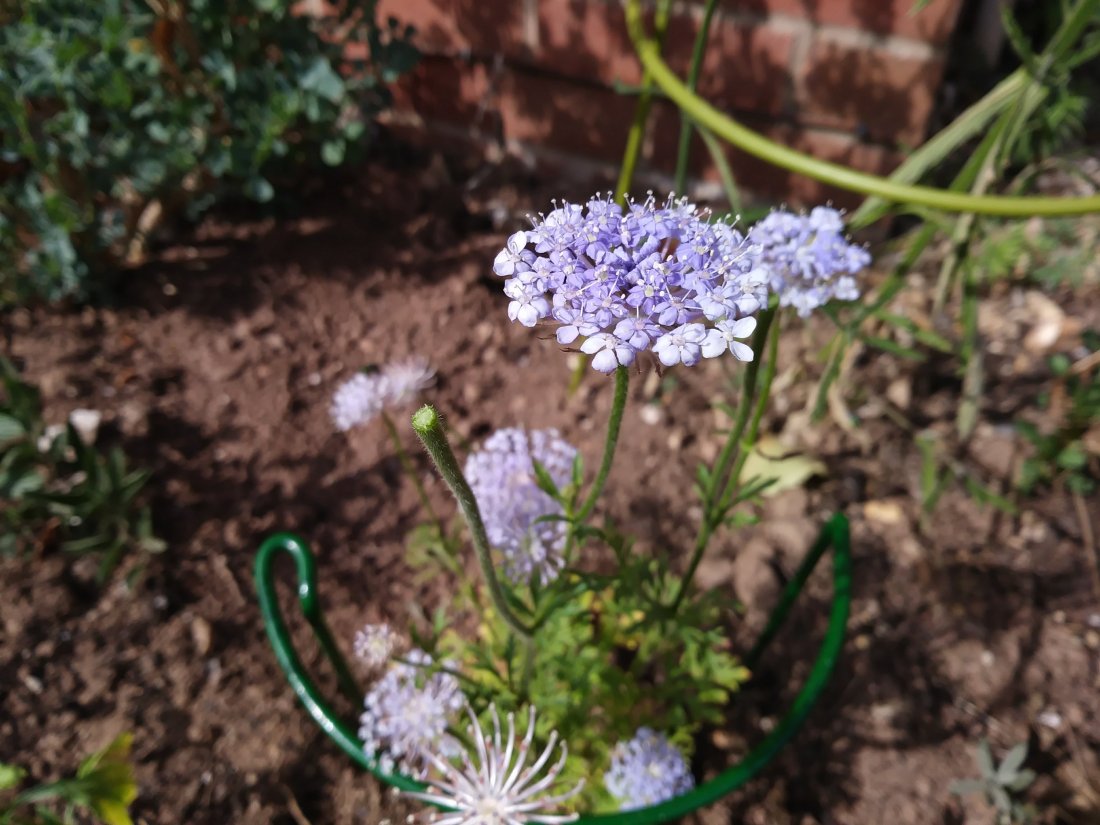 6. And finally, I sowed some mixed red, white and pale purple scabious earlier in the year and some of them have started to flower. This is the first of the white ones. It opens gradually…

And ends up all nice and shaggy.

It’s very popular with the bees and hoverflies too. Fingers crossed there’ll be one or two red flowers soon.