The garden has been bathed in a rather lovely September glow these past few evenings. I tried to capture it with my phone but without success. However, though it’s been pleasantly warm during the day the temperature got down to around 2°C one night. I had plans to cut back the jasmine, dig things up and plant things out but all I’ve managed to do lately is cut the grass and pull up weeds. A lot of plants seem to be flowering again, including the jasmine, and I’m a little reluctant to disrupt the garden’s final floral encore.

1. There was a bit of a mix up when I first ordered the pink Daphne x transatlantica ‘Pink Fragrance’ back in May. When the buds finally opened it became apparent it was actually the white one (daphne x transatlantica ‘Eternal Fragrance’). So the Nursery sent out a replacement and kindly let me keep the first one (above) which I gave to my mother in law.

Wise Jim Stephens did warn me there wasn’t much difference between the two and he was quite right. I think the flowers of ‘Pink Fragrance’ are slightly larger and they have a slight tinge of pink in this photo… 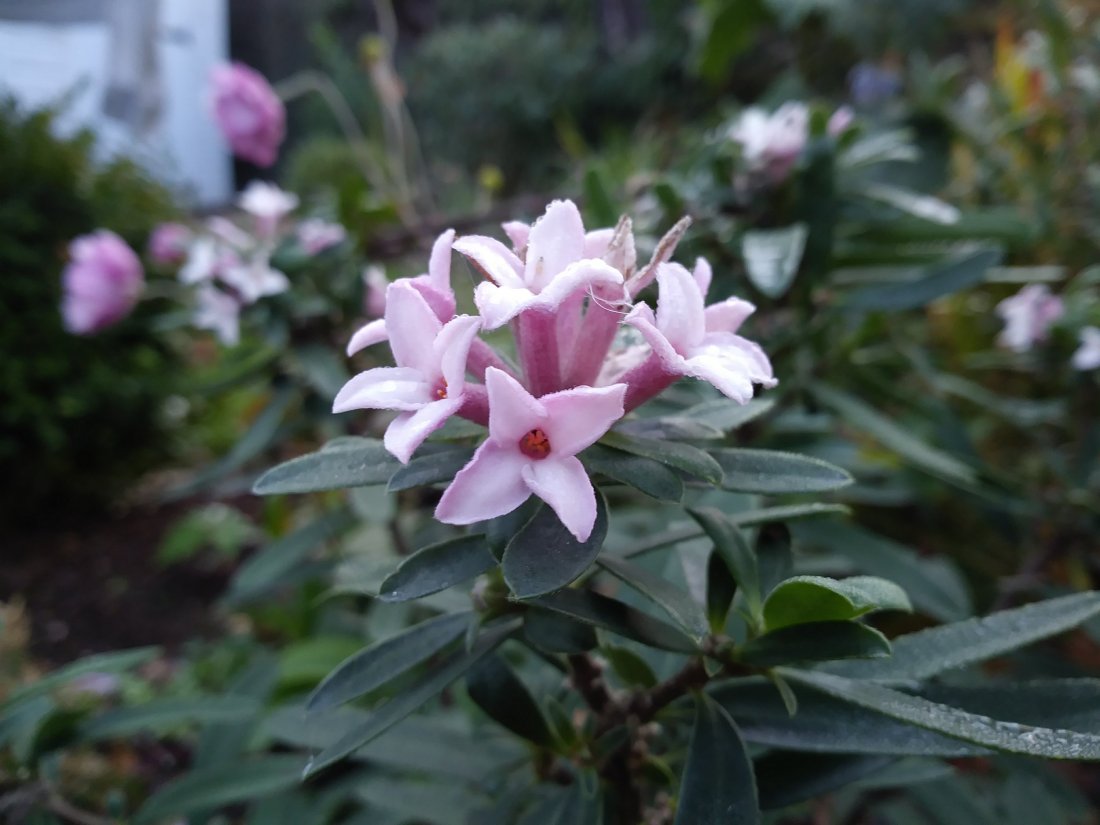 But in this one they look more white than pink… 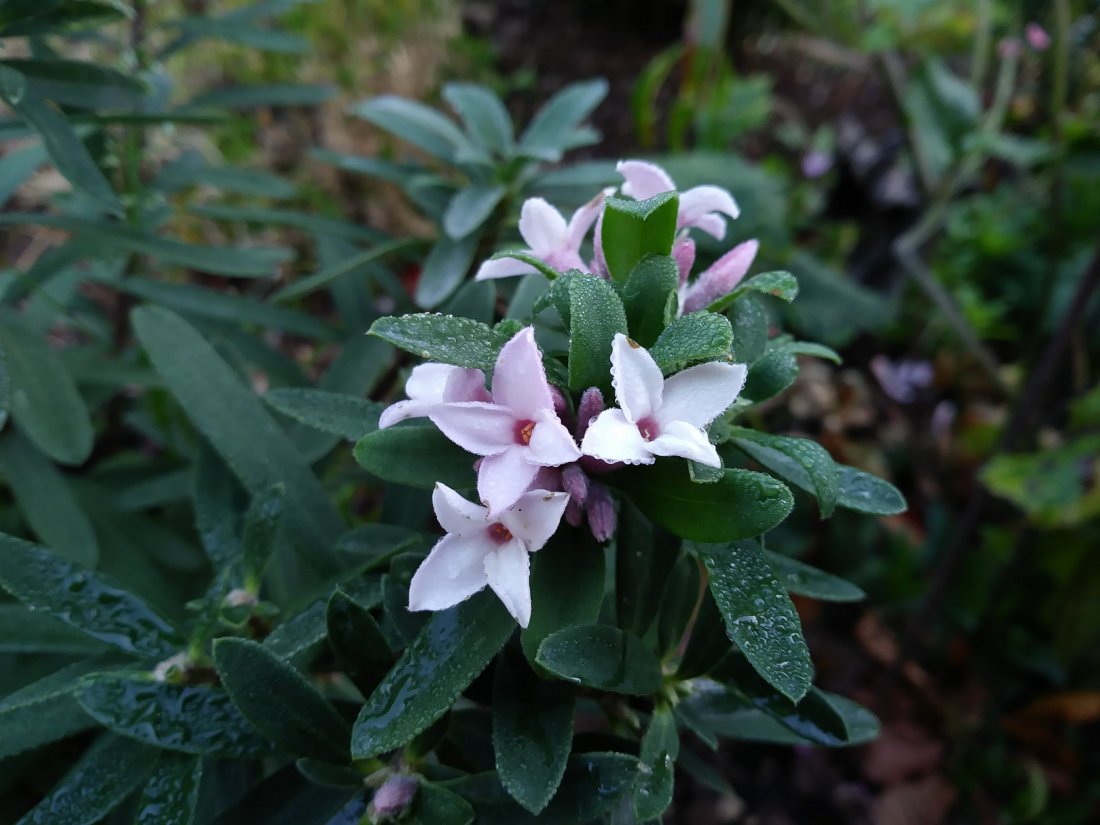 Until you compare it to the white ‘Eternal Fragrance’ that grows near the garden bench, and then the pinkness positively leaps out at you. Well, ‘leaps out’ might be an over exaggeration. 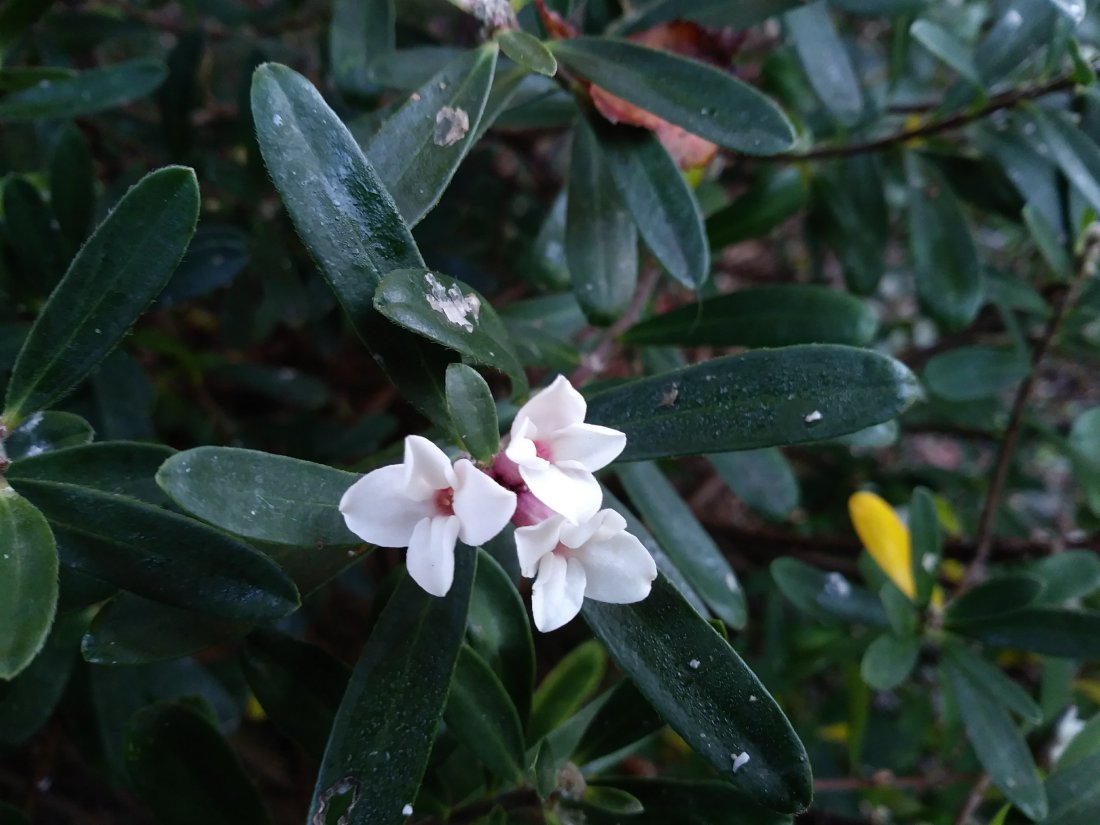 It reminds me of the apple and bluebell white shades my parents painted the living room, hall and landing with in the 1980s. Until they painted the skirting boards and doors with an actual white you couldn’t really appreciate the appley/bluebellyness in all its subtle glory. I’ve not committed to planting it yet as I’m a bit of a compulsive shrub mover and daphnes don’t like having their roots disturbed. So I’m trying it out in a spot near the back door for now.

2. I still haven’t planted out the Sweet Williams. I really must do it this weekend. 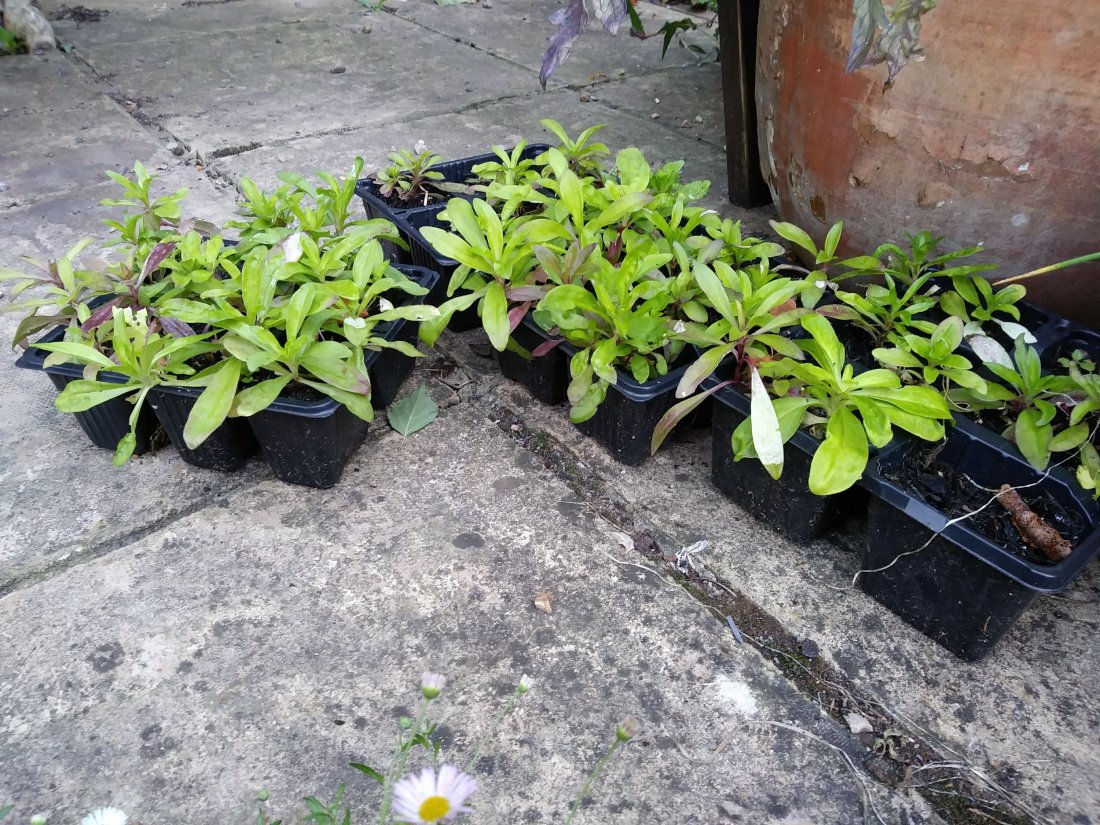 3. The Japanese anemones are still going strong. The white one hasn’t flowered this year (it seemed to object to all the sun) but the plant man in Paul Street, Taunton, has some at a bargain price and I fear I’ll have bought one before today is through. 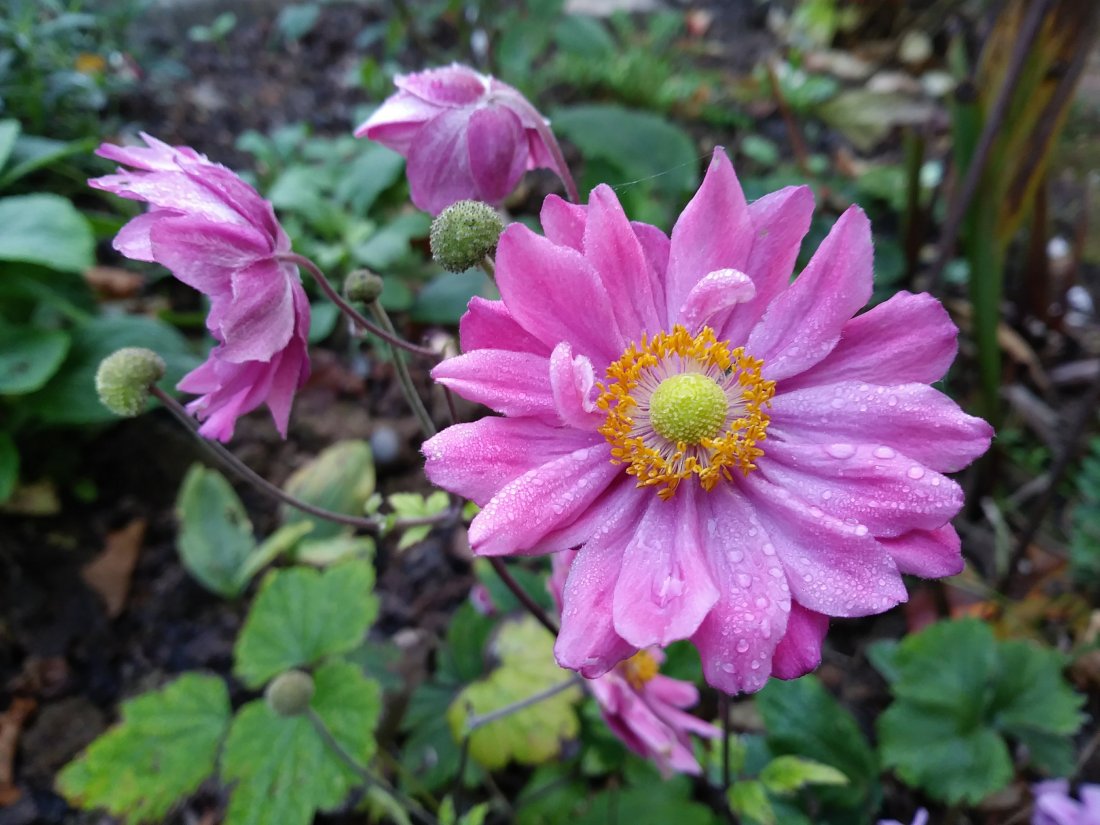 4. This hydrangea, Miss Belgium, was purchased last September. It’s supposed to be more compact than other hydrangeas and ideal for a small garden. However, it has yet to flower. I’m not sure whether this is down to the mini trauma it suffered when it was dug up to protect it from the builders or whether it’s down to being planted in too shady a spot. Still, the leaves are starting to turn a rather nice autumnal red. 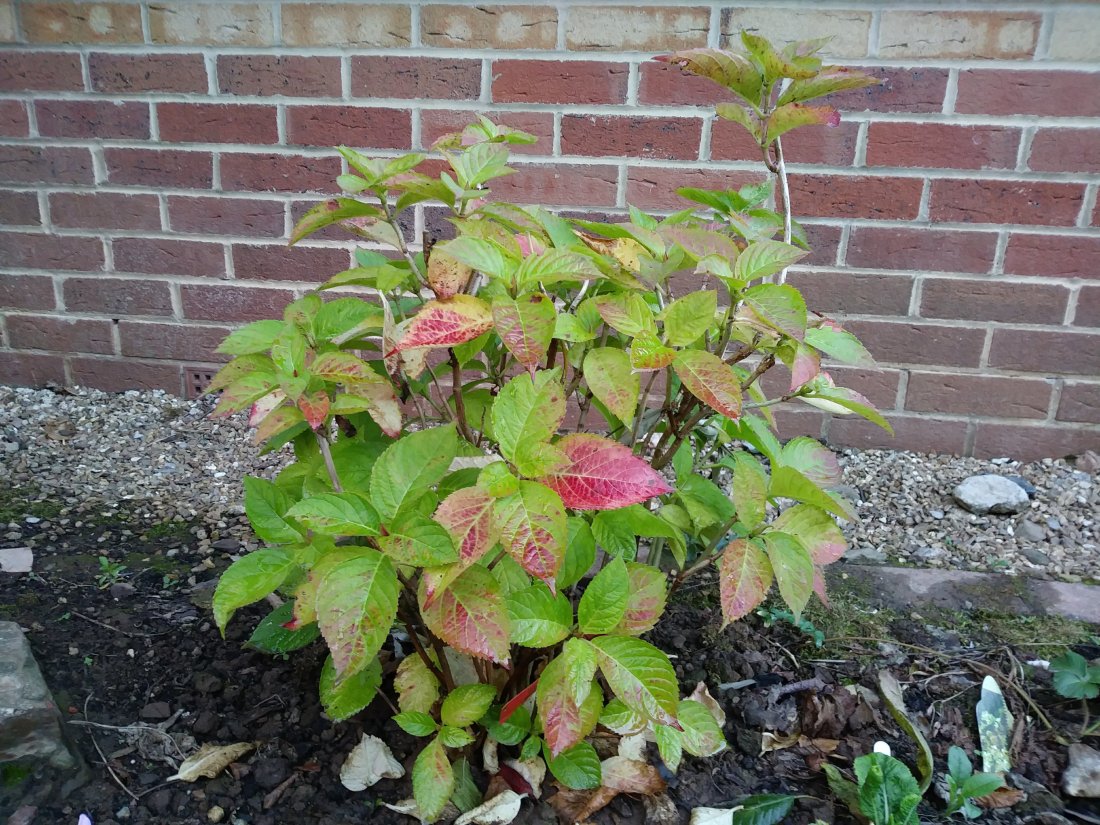 5. The small creeping geranium is flowering again and appears almost luminescent in the evening light. It started off as just the one plant (from my mum’s garden) and I now have three. 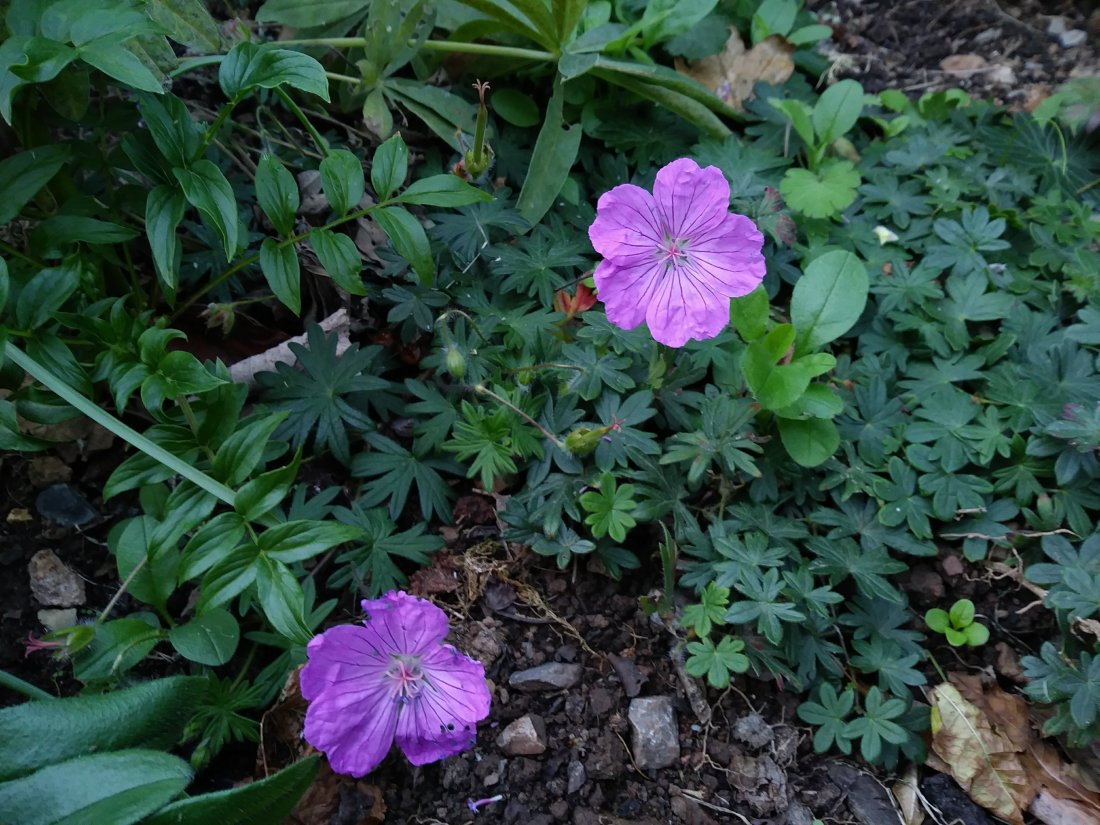 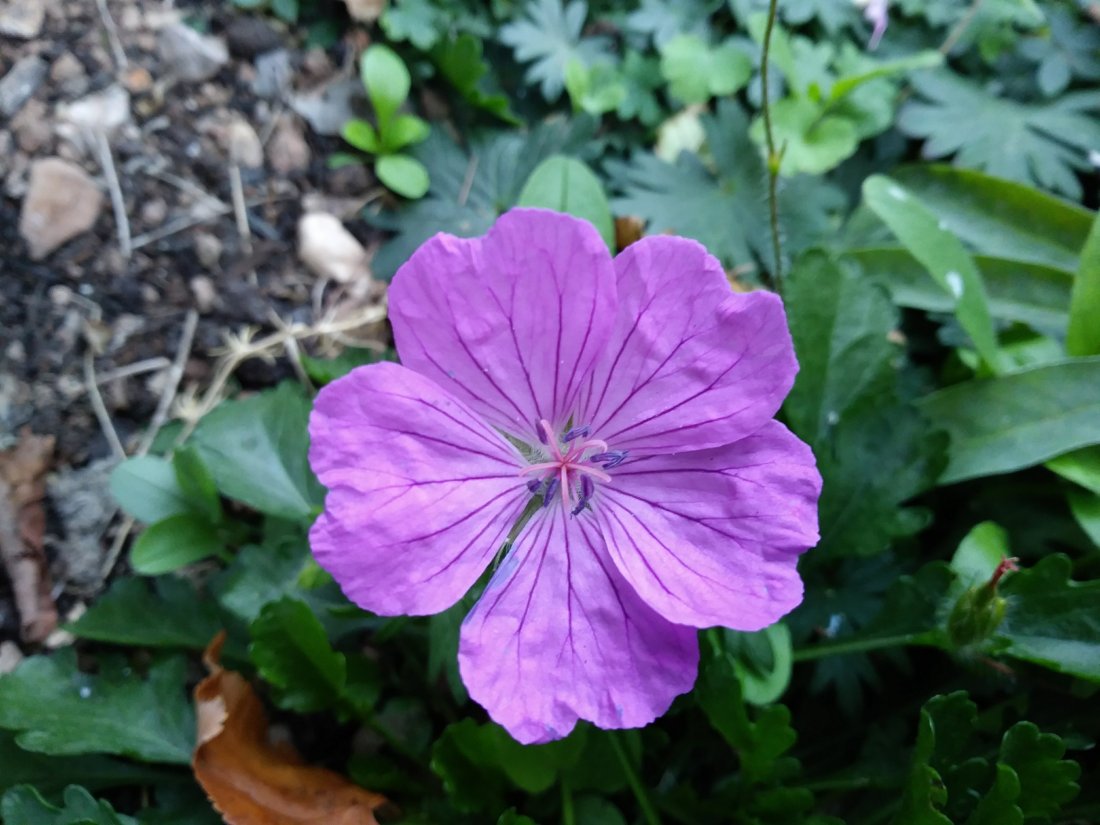 6. And finally, the anonymous rose in the front garden is blooming once more and looking rather lovely in all it’s blowsy splendor. 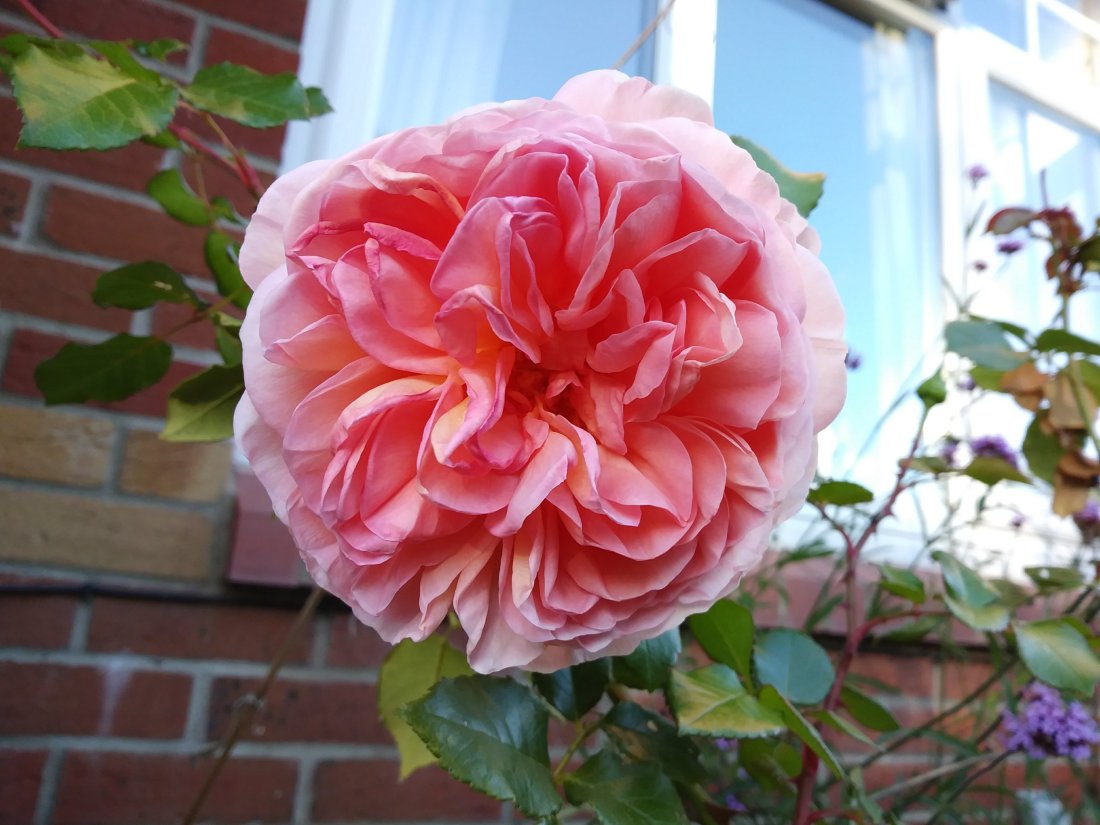