Design a site like this with WordPress.com
Get started
Skip to content
One Man And His Garden Trowel Uncategorised 13th April 201918th September 2021 2 Minutes

All of a sudden the garden is looking a little verdant. Everywhere you peer there’s fresh new growth. Lovely vibrant greens of varying hues that really stand out in the sun. The birds are singing, the bees and hoverflies are buzzing and though still nippy, the garden is definitely stepping things up a gear. 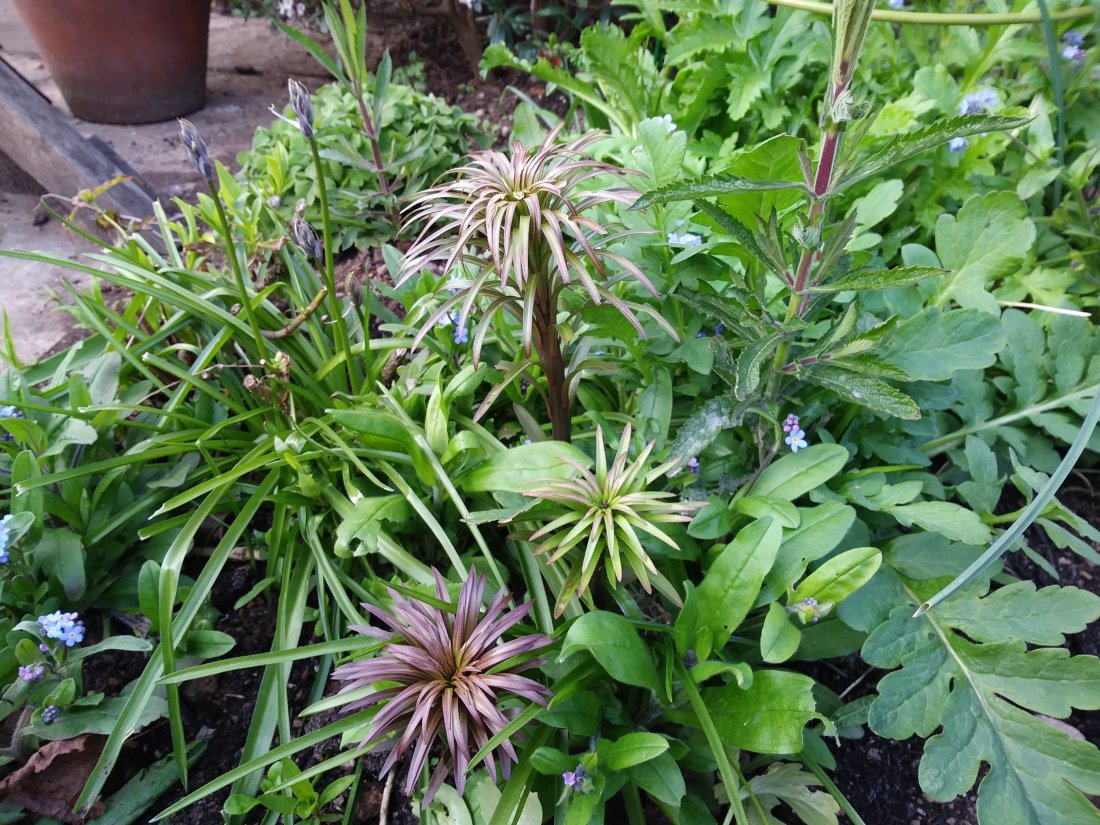 Lilies, bluebells, forget-me-nots and poppies are slightly ahead of the rest of the pack, but the shrubs aren’t far behind. Well, all except one.

1. The new Hibiscus is looking decidedly deceased. I’ve read this is a common fear when it comes to Hibiscus and I’m beginning to see why. There’s not a promise of a bud. Zero, zip, zilch. Apparently leaf buds can remain illusive until May, so I’ll try not to worry just yet. What was that? Is that a lupin in front of the Hibiscus? Err, yes. Having given up on them in despair last summer, leaving them to fend for themselves, a few appear to be thriving, untouched by slug, snail or aphid… well so far anyway.

2. Now this is more like it. Fresh new vibrant growth. I’m not always sure about variegated leaves but I do like the Weigela ‘Florida Variegata’. This was originally a cutting supplied from the old Ancestral home in North Wales. Until last Autumn it had been growing in the South facing front garden and had always struggled with the heat come July. I’m hoping it will do better in a more shady bed in the back garden.

3. The Pyracantha is also sporting fresh new green, slowly filling in the gaps of the trellis and providing a bit more privacy from the neighbours (I’m sure they think the same). 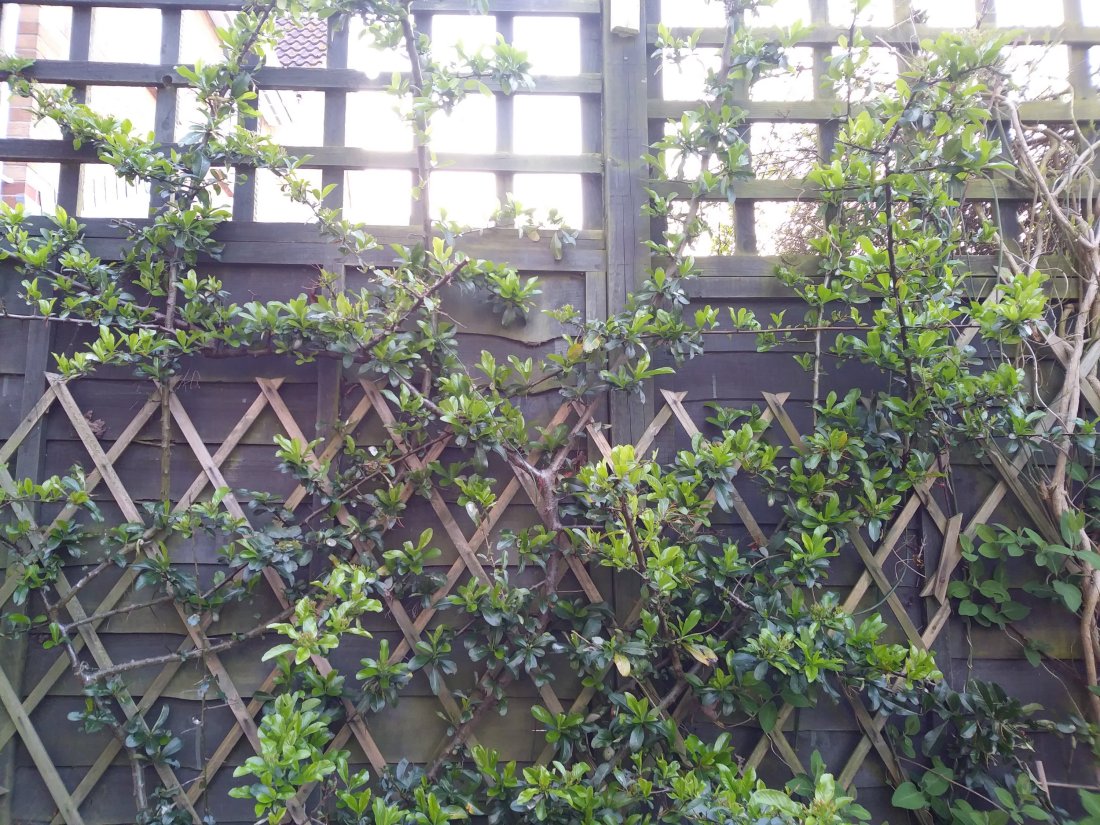 4. Bit of a cheat this one. Seedlings. Some of which have been grown in the new mini greenhouse and some on window sills.

The tomatoes were potted on last weekend. Those with labels are yellow Tumbling Toms and those without, Minibel. They’re living a cushy life on the window sill in the spare bedroom.

Dahlias were also potted on, including these Figaro Mixed, a dwarf variety.

This is one of two trays of Alyssum. When I were a lad my friend’s dad used to grow Alyssum in the front garden and I’m sure it had a honey-like scent. I’ve not grown it before and I don’t relish thinning these out.

And here’s the Morning Glory ‘Split Second Double’. I’m wondering whether I should pinch these out at some point, if only to keep them a tad smaller so that they can stay in the mini greenhouse until the risk of frost has passed.

5. The Daphne x transatlantica Pink Fragrance was a new addition to the garden last June and was planted in the Autumn after a lot of careful deliberation as to the perfect location. It’s in a slightly shady location which appears to benefit the flowers as they’re definitely pink at the moment (it can be a bit tricky telling this and the Daphne x transatlantic Eternal Fragrance apart once the flowers have faded in the sun). It also has lots of fresh new growth which is encouraging.

6. And finally… It’s the return of the pink Saxifraga. This has been flowering for over a month now and shows no sign of stopping. Over time the flowers have developed a lovely multihued appearance. The white one is still going strong too. 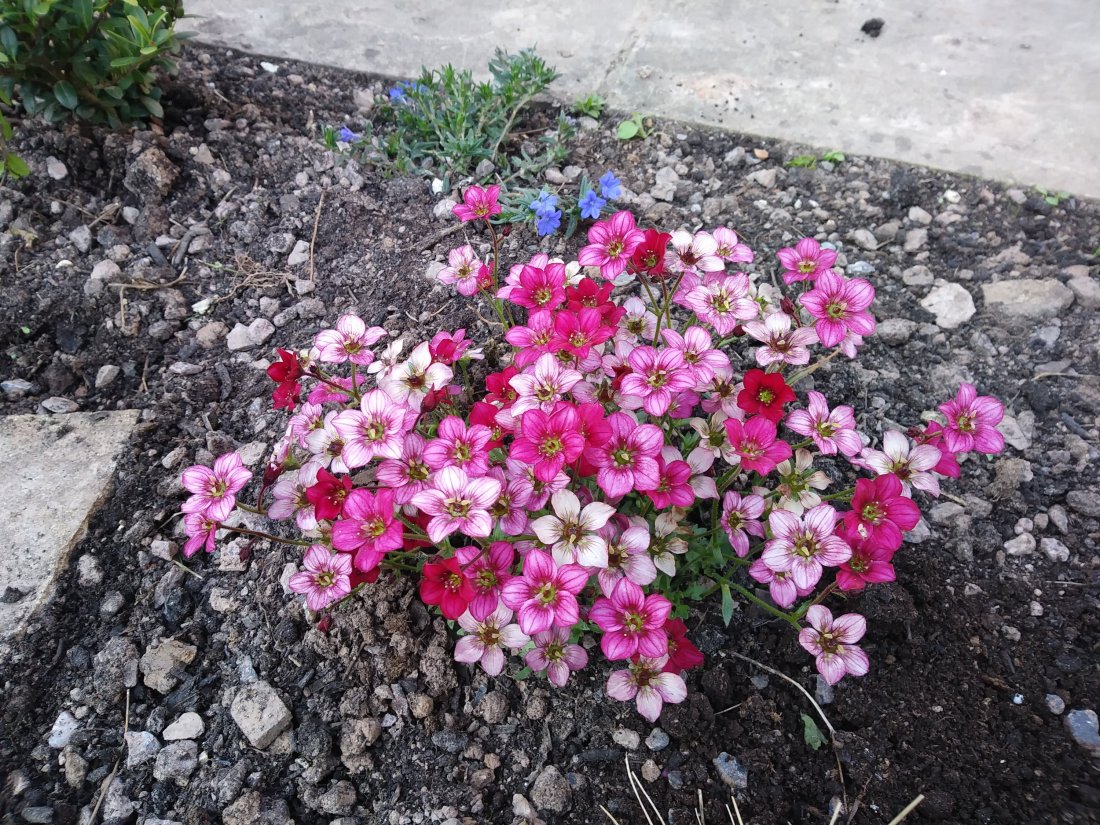