Design a site like this with WordPress.com
Get started
Skip to content
One Man And His Garden Trowel Uncategorised 4th May 201930th September 2020 3 Minutes

Thankfully Storm Hannah didn’t wreak too much havoc in the garden last weekend. There was a fair bit of batterage but with the exception of a few snapped Buddelia shoots and a slightly dishevelled Lupin everything, including the fences, was still standing when the winds finally eased late on Saturday evening. Phew. 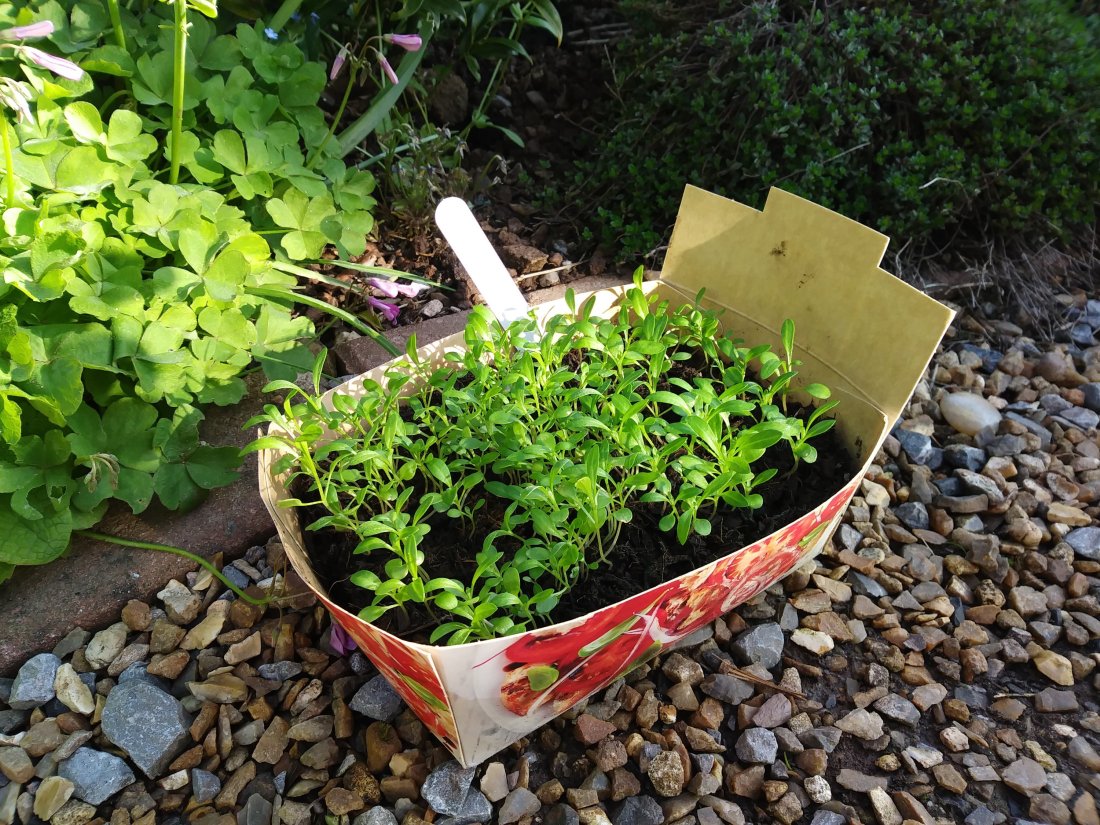 Sunday afternoon was spent carefully planting out one of two trays of Alyssum seedlings. Well, I certainly started off carefully, gently lifting small clumps of seedlings from the compost and gingerly separating each one, untangling their roots and planting each individual seeding into the ground, ensuring I left a suitable amount of space for each one to grow. Halfway through the tray I became less careful and towards the end I’d resorted to random mass plonkings of tangled seedlings with an increasing casualty rate. Note to self: sow less Alyssum next year. I’ve decided to give the other tray away. I’m going to have to give some tomato plants away too, which leads me to my first SoS.

1. The Yellow Tumbling Toms and Minbel were potted on a few weeks ago… 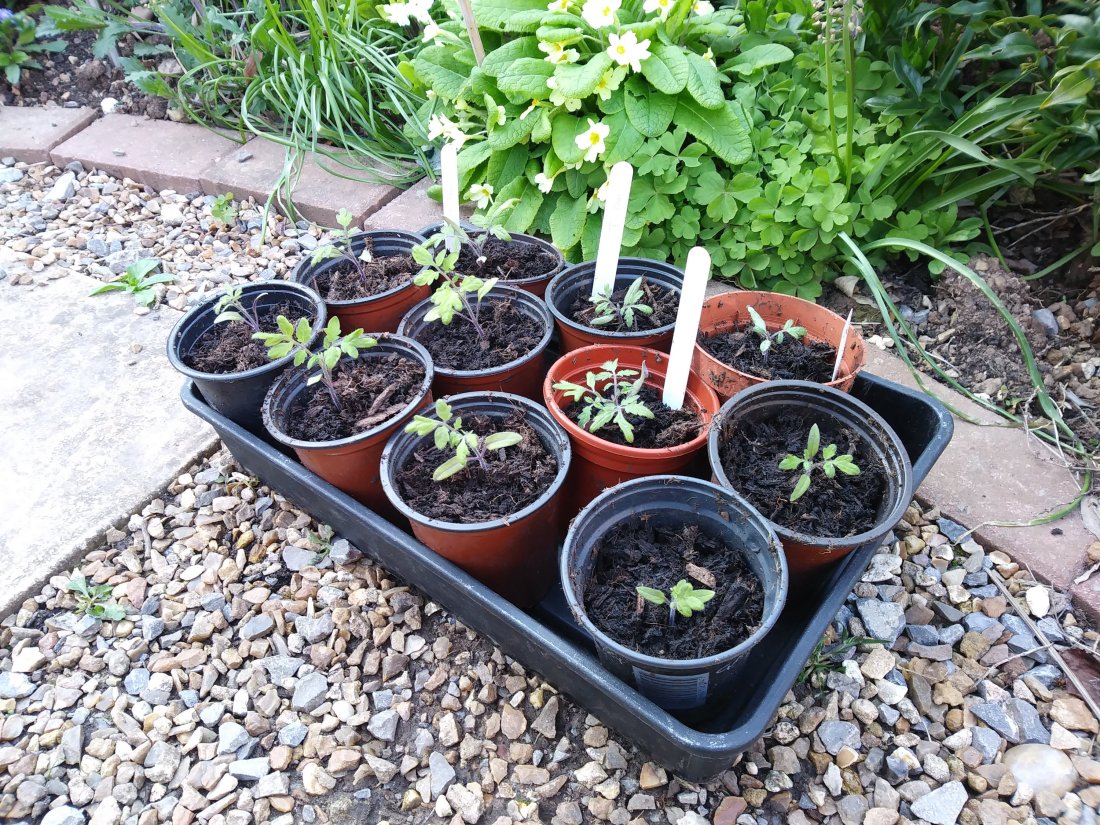 and have since gone a little mad… 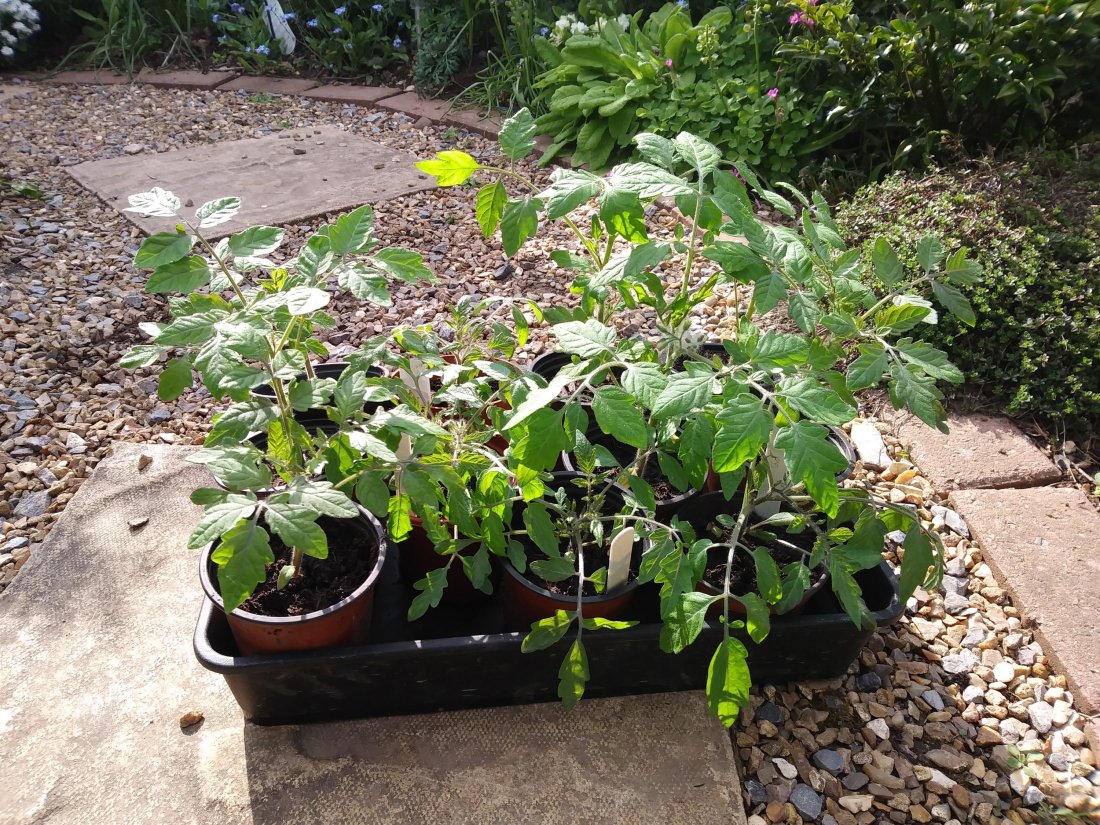 A few have even started flowering. I’ve not had tomato plants flower this early before and I’m not sure I want them too as they’ve yet to be hardened off for life in the great outdoors. I’m wondering if I should remove these early flowers to encourage stronger plants. Next year I may sow them a little later. 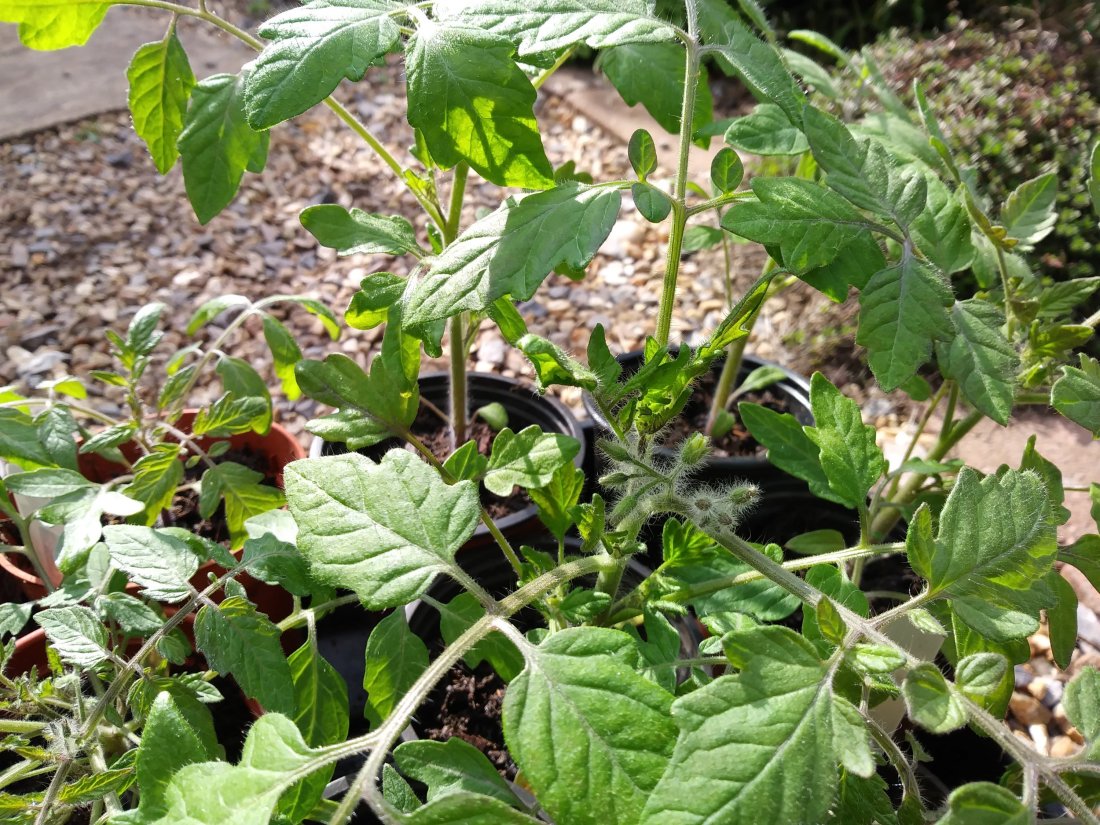 2. The Morning Glory ‘Split Second Double’ have also taken off. I’ve had to remove the bottom shelf in the mini greenhouse in order to add a small cane to each pot for the plants to grow up. But the canes aren’t going to provide them with adequate support for long and removing another shelf isn’t really an option. I think these morning glories are going to have to be hardened off (stop smirking) ready for planting out. 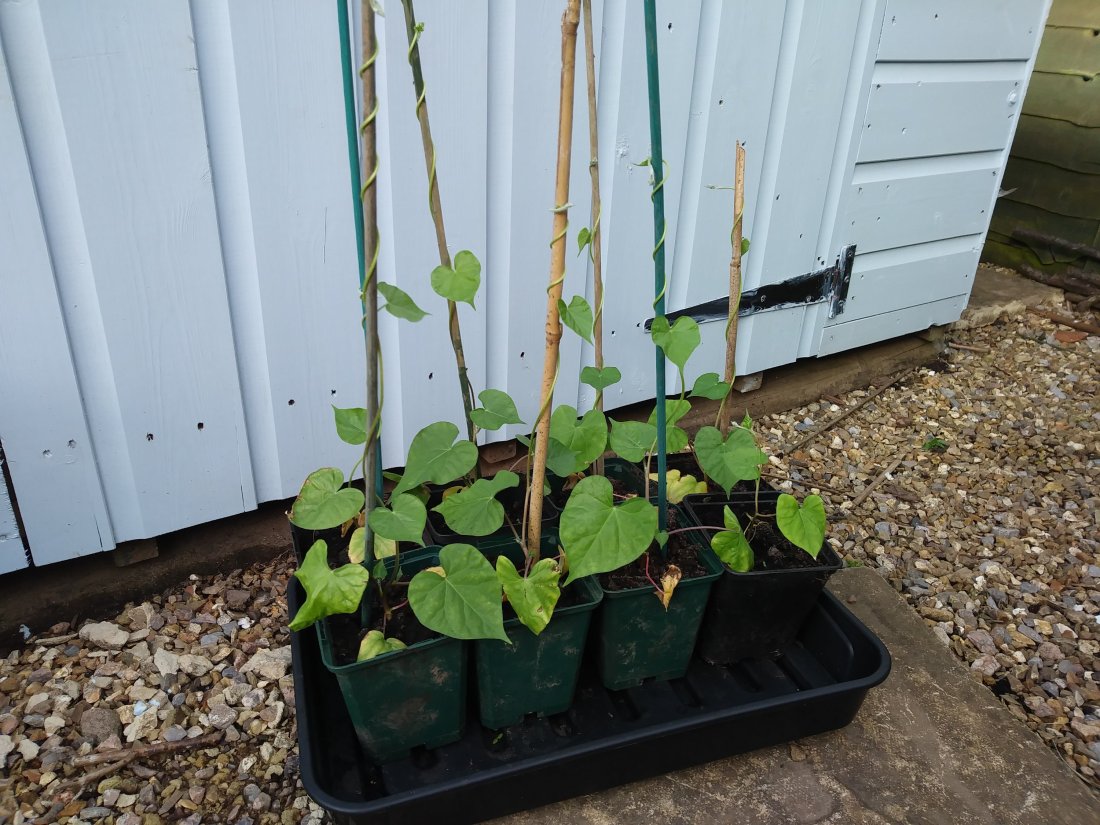 3. Now there’s nothing glorious about my next SoS. The standard Ceanothus was a new purchase early last year and was a dazzling show of pale blue flowery fluffiness back then. Not this year. I’m not sure what’s gone wrong. I thought I’d kept on top of watering (it grows in a pot) and it’s been given the odd liquid seaweed feed but the majority of buds appear to have shrivelled up. It’s a bit disappointing. I’ll give it a light prune later in the month, which thinking about it I forgot to do last year. 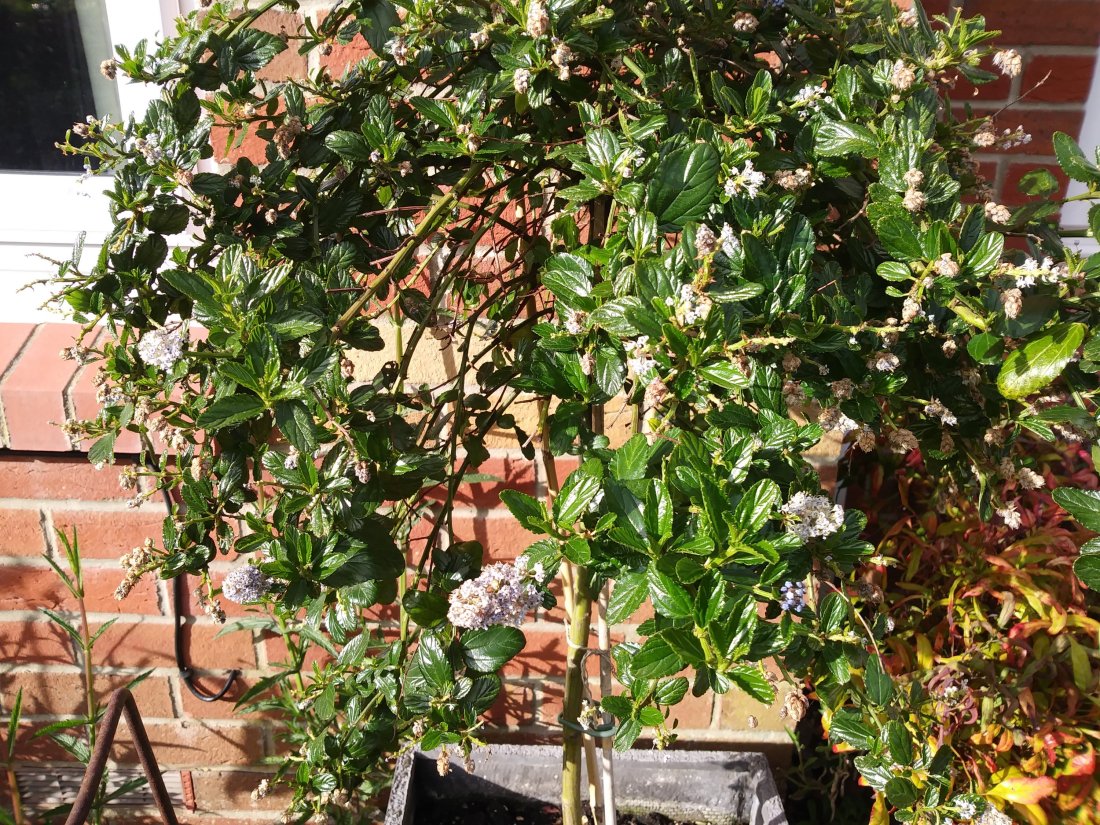 4. Still, it’s far more healthy looking than the Hibiscus. I think this may feature each week from now on until a) it finally shows signs of life or b) it’s officially declared dead. Now I could be imagining it but I fancy the branches have taken on a slightly darker hue of late. 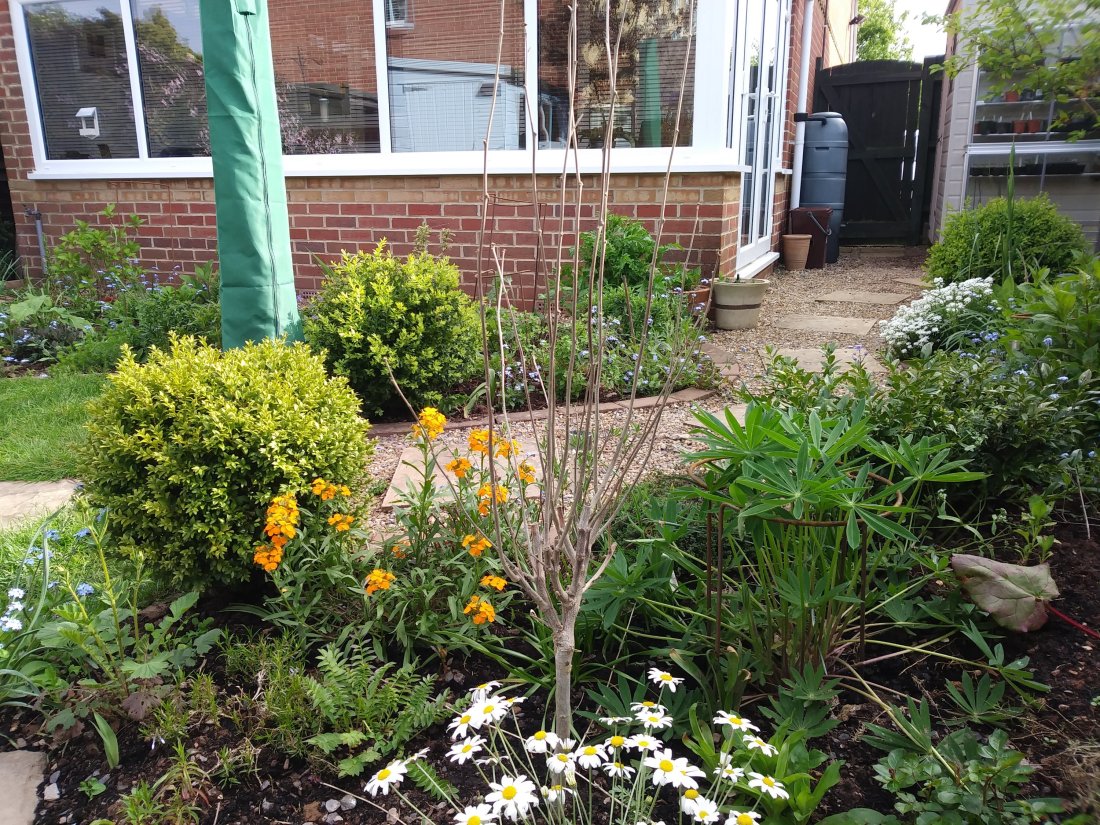 If I was a glass half full type of chap I’d wonder whether this hints at life, sap rising up the branches ready to produce buds. However, I’m more of a glass half empty kind of fellow and I’m wondering whether this is a sign that it’s getting increasingly more deceased. I may have to resort to scratching away a little of the bark to see if there are any signs of green… but not yet.

5. I didn’t know whether to go for a close up of daisies or perennial wallflowers for my next SoS. Both grow next to the Hibiscus. I’ve gone for the latter with its bright orange fragrant flowers. 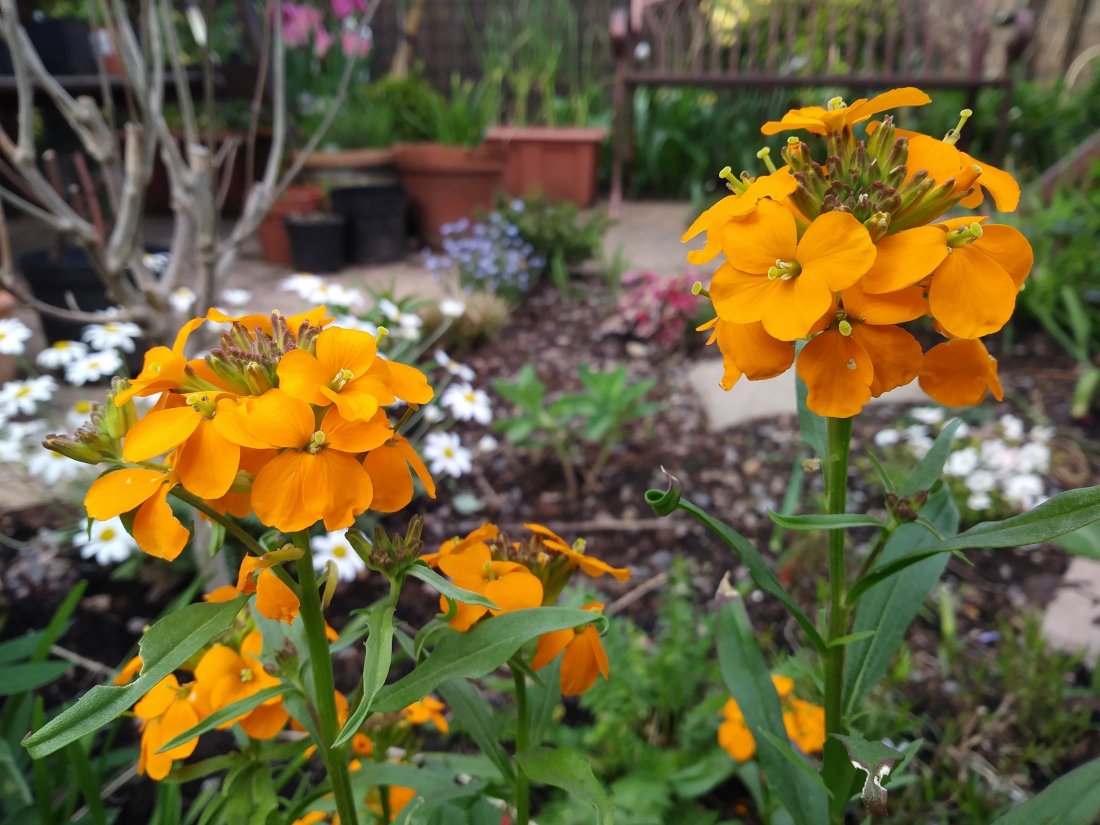 6. And finally… While the Ceanothus has been a bit of a failure this year and the Hibiscus continues to keep me guessing, the Korean lilac Syringa meyeri Palibin has proved as reliable as ever despite being moved a few feet earlier in the year when work first began on the patio reduction. It’s poised, ready to burst into flower and will soon fill the garden with heady scent. 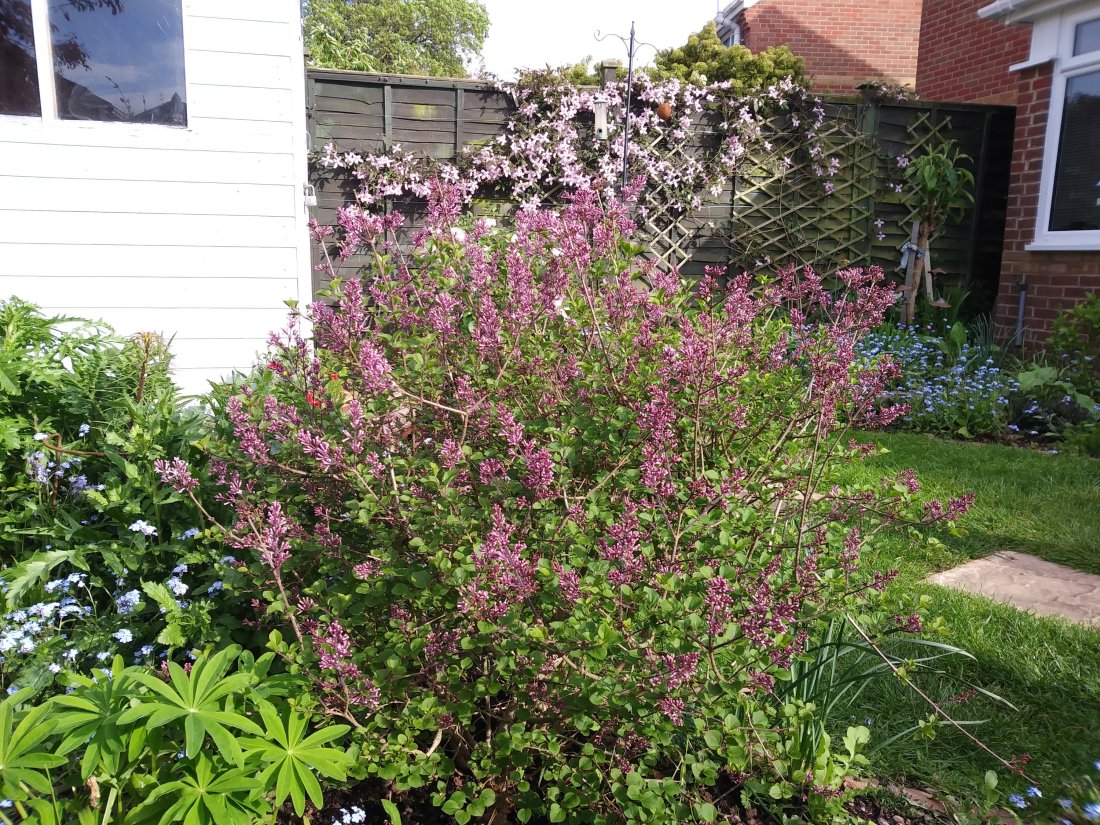 Though one flower appears to have jumped the gun. 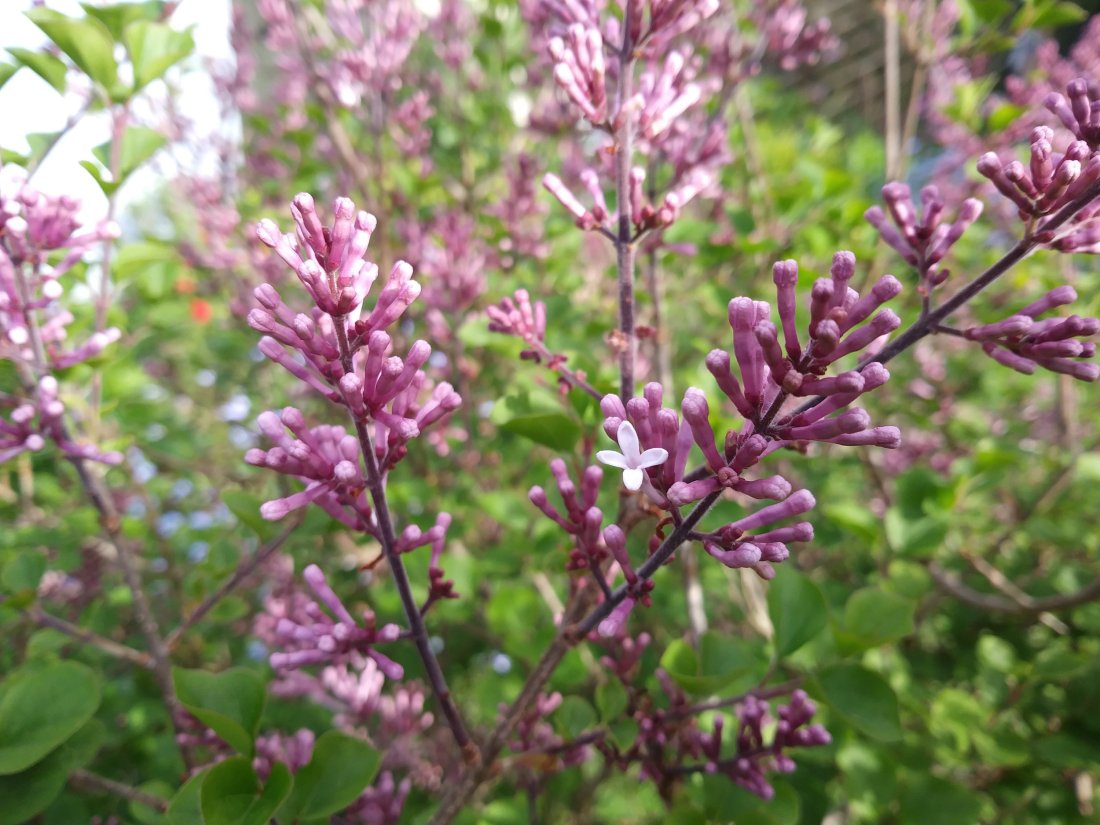