I’m bored of blustery wet weather. There have been brief spells of fleeting sunshine, but more often than not the skies have been grey and prone to precipitation. The slugs and snails have been having a field day, which leads me to my first SoS. 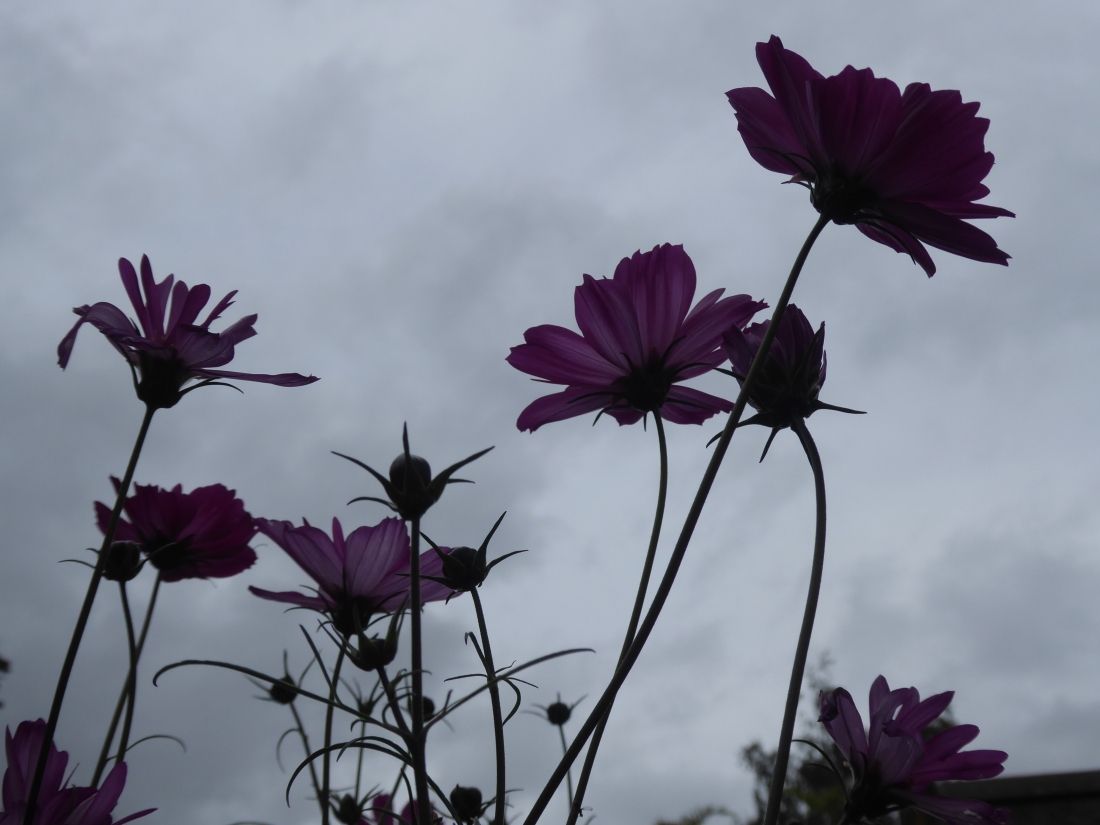 1. Zinnia. Pink ones. The flowers of some varieties seem to last for ages, forming cone-like centres adorned with halos of yellow stars. I thought most of them had outgrown the slimy menaces of the garden, but I’ve noticed a few of the larger plants have been nibbled of late. 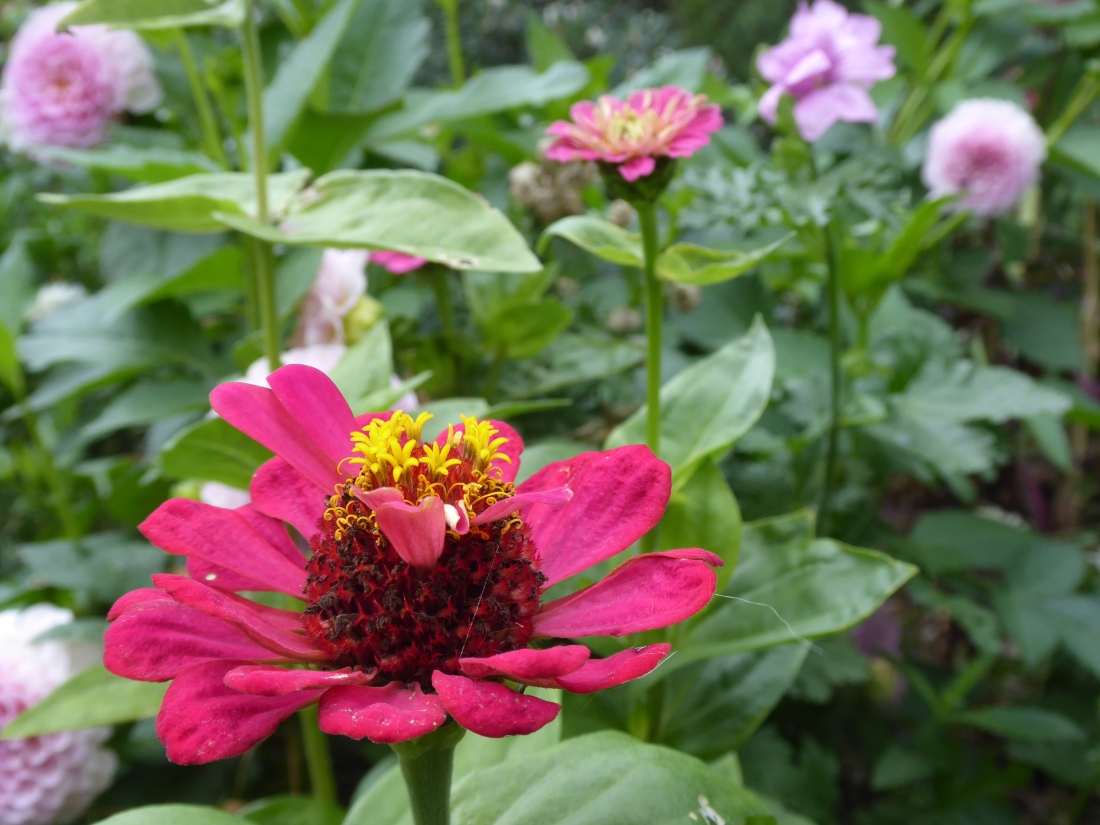 2. Many of the climbing plants in the garden have done poorly this year for some reason. The Graham Thomas rose hasn’t flowered at all. I chopped it right back in the spring in an attempt to get it to throw up a few more stems from ground level. It produced one stem and is looking very ropey indeed. Most of the clematis seem to have snuffed it and the Golden Graham honeysuckle is also looking a little sad, its branches leafless for the most part. However, it is producing a few late flowers, though a little too high up for me to appreciate their scent. 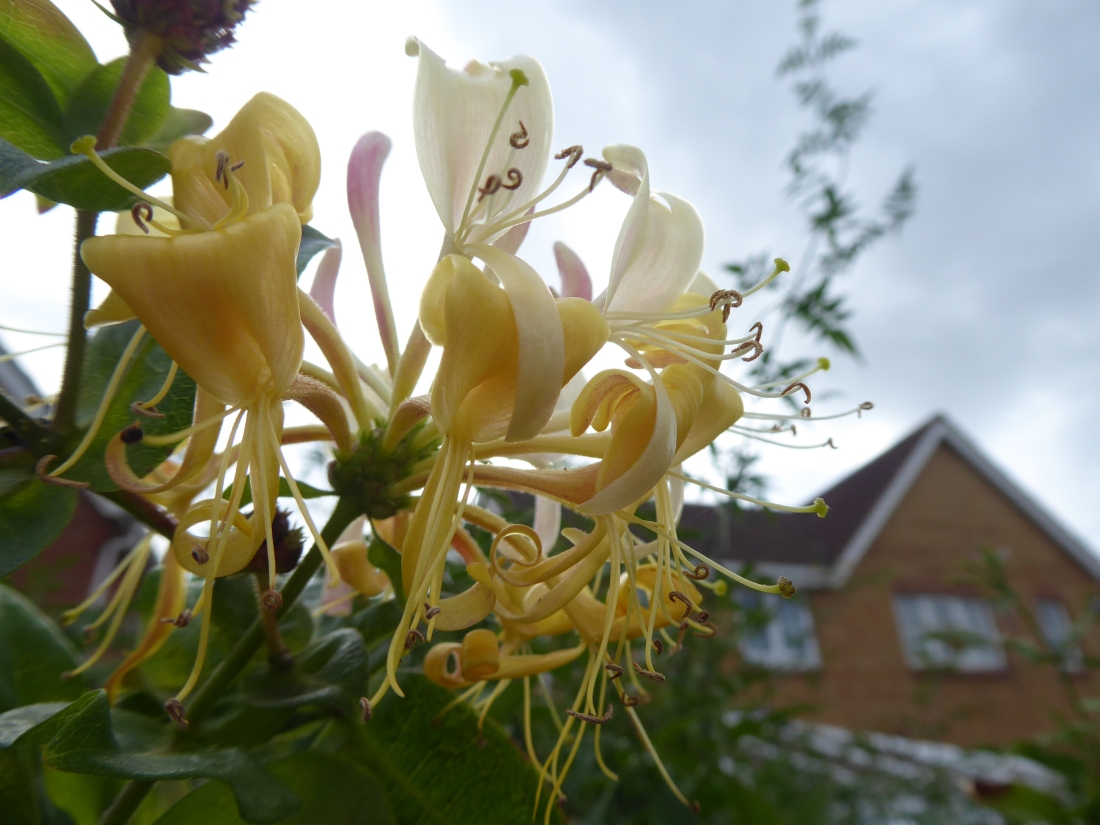 3. A mystery plant next. I spotted this growing in the border next to the conservatory a few months ago. I think it might be a cotoneaster of some sort.

I’ve decided to see if I can grow it as a standard but if someone identifies it as being a monster-like tree I may have to reconsider. It seems to be growing at quite a pace so it might be a foolhardy idea.

4. Some of the Sweet Williams have had a second flush of flowers. Next year’s batch are ready to be planted as soon as I’m feeling sufficiently motivated.

5. Now this is exciting. These Primula prolifera (Candelabra primrose) were grown from some seed that Jim kindly sent me a few months ago. There’s no sign of the others yet but I’ll try a second sowing in the spring. 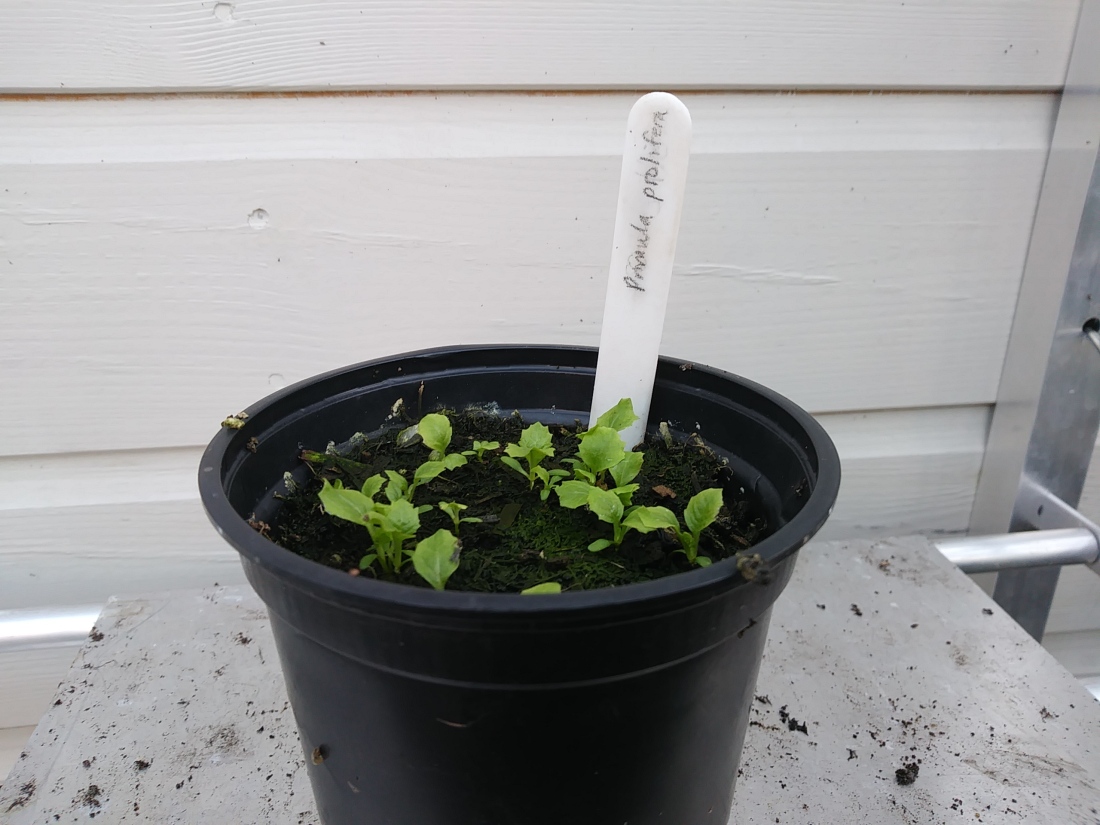 6. And finally… This is the first year I’ve grown Cosmos in the garden. After a slow start, Cosmos ‘Fizzy’ has proved to be a great doer. The flowers appear to change colour over time. There are whites edged with pink… 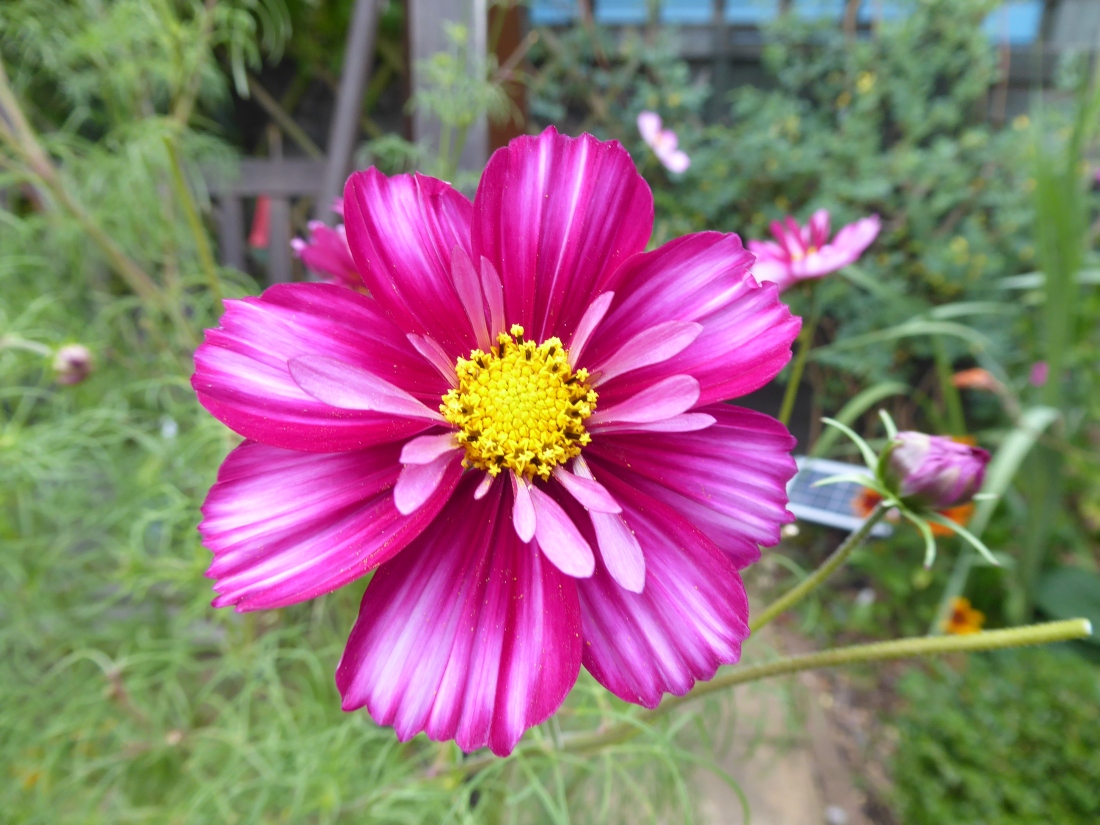 And all sorts of variations thereof, all on the one plant. I’ll definitely be growing this variety again.