Until last year I’d never fully embraced bulbs. There were a few clumps of daffs, planted when we first moved here, the odd mini iris, crocus and a small scattering of grape hyacinths (which bizarrely didn’t spread) but that was it. Last Autumn I made more of an effort bulbwise and it was certainly worthwhile; there was spring colour aplenty. Keen to add further springtime zing (or at least replace the bulbs that I’ve sliced through since then) I bought some more, and last weekend I finally got around to planting them. Not with a great deal of enthusiasm I have to admit. But it’s done. Or at least it was. But more on that later.

1. In addition to the Jetfire and Falconet narcissus that featured last week, I’ve planted some more Minnow and Pheasant Eye. Simple yet elegant.

2. Next up, alliums. I’ve added some more Purple Sensation… 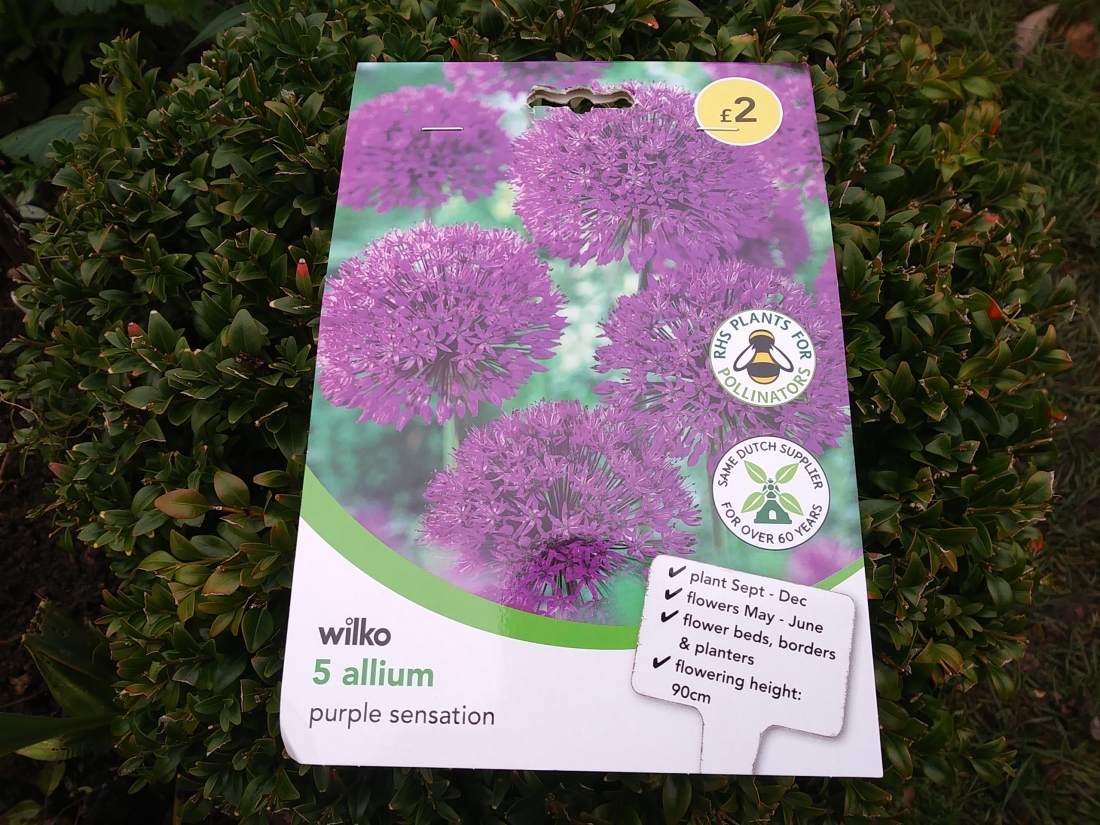 And I’ve also given garlic another go.

The garlic was a bit of a disappointment this summer as very few separated to form cloves. Fingers are crossed it does better this time. I’m trying it in the troughs again.

3. Last November I tried growing tulips for the first time in a few years. One pot of some early flowering dwarf variety or other was something of a disappointment and I was ready to swear off tulips for good. However, the second pot was a big success and won me over. This time I’ve gone for several varieties. In addition to the mixed lilyflowering tulips that featured last week I’ve also planted these 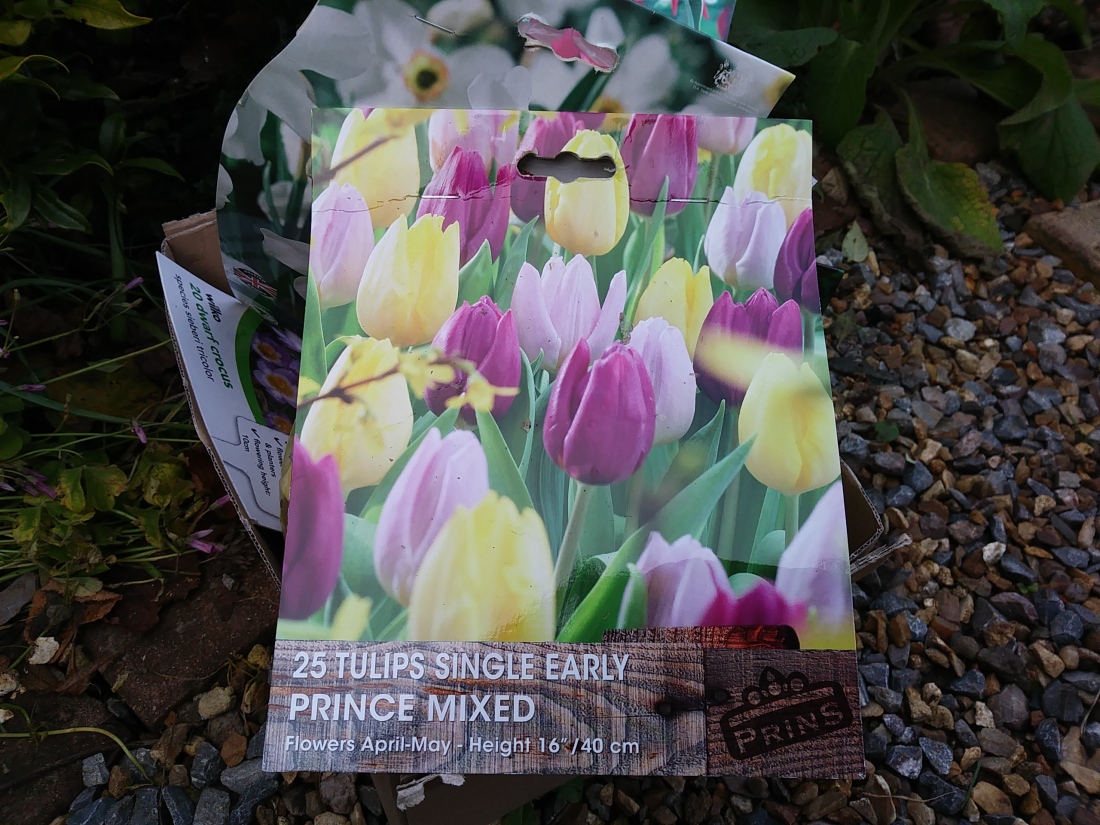 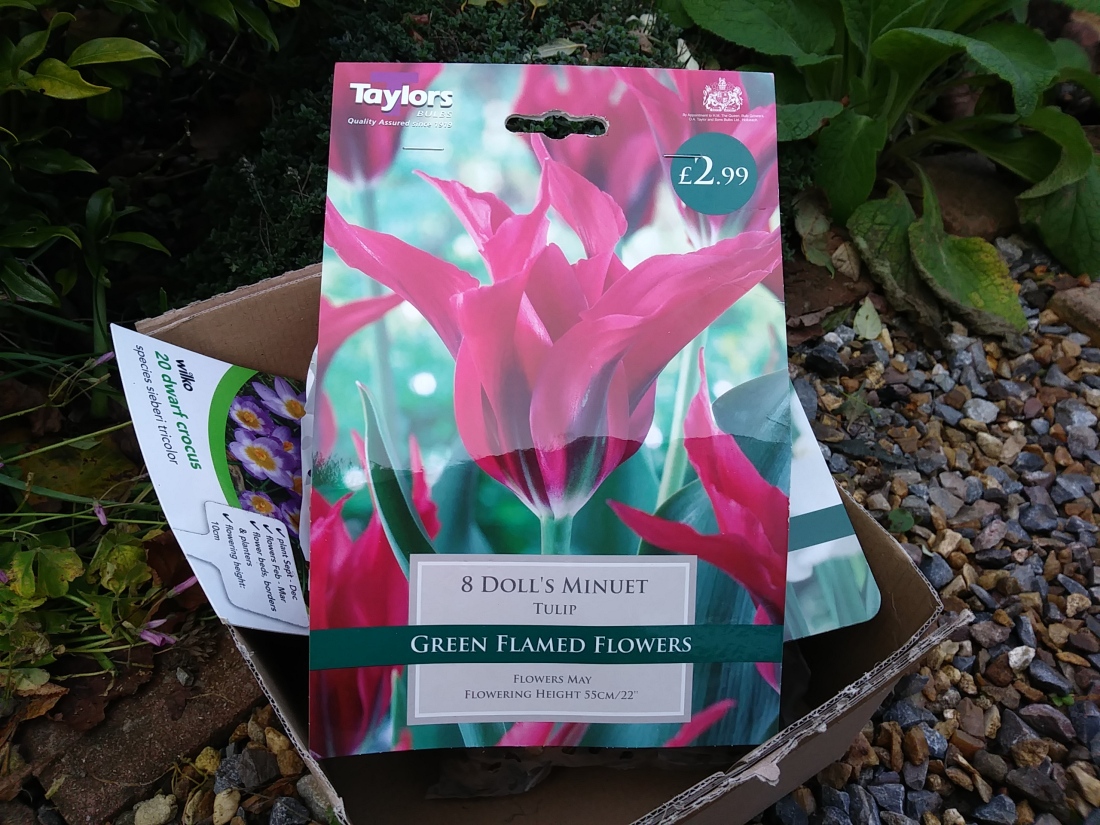 Some have gone into pots and others have been plonked in the ground. 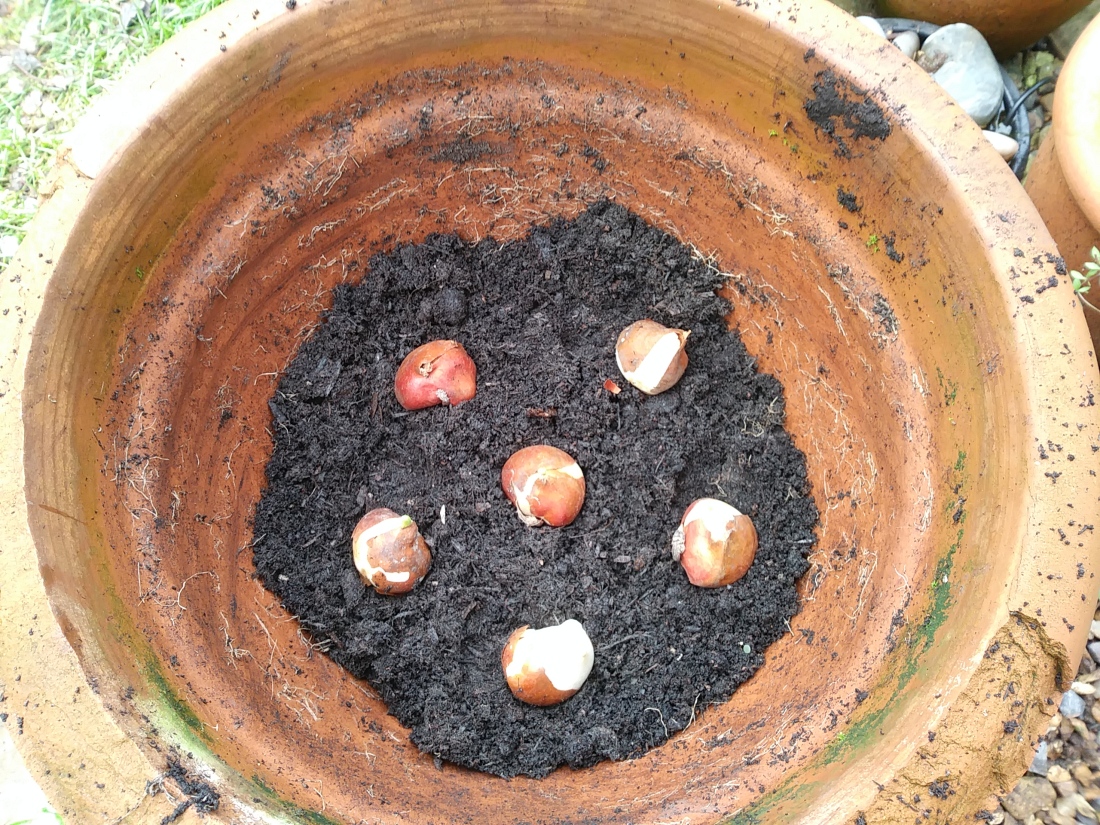 They were the last of the bulbs to be planted and I breathed a big sigh of relief when it was done and got on with some mulching. Unfortunately I’ve accidentally ordered some more since then; a scented variety that sounded intriguing and some dwarf tulips that are supposed to naturalise. And for just £2 extra I got double quantities of each. Where are they going to go? Good question. I have no idea.4. Now it’s taken me a while but I finally got around to planting some of the plants grown from seed during the summer, including ‘Sutton’s Apricot’ foxglove seedlings and Sweet Williams. As usual, I sowed far too many for our small garden so I’ll be giving these leftovers to my mother-in-law later today.

5. At some point I’ll need to cover up the swing seat. Alas I can’t do that until I’ve chopped back the dreaded Jasmine. However, the folding garden bench has been put away in the shed until the spring and the troughs of garlic put in its place. For the next 3 months or so the garden will be viewed from the warmth of indoors, and soon only at weekends. Hmm, that’s a gloomy thought.

6. Thankfully, I purchased a few trays of Violas last weekend to plant on top of the potted tulips. I love Violas. Their cheerful faces will provide a much needed splash of colour through the winter and into spring. I may need to get some more today. 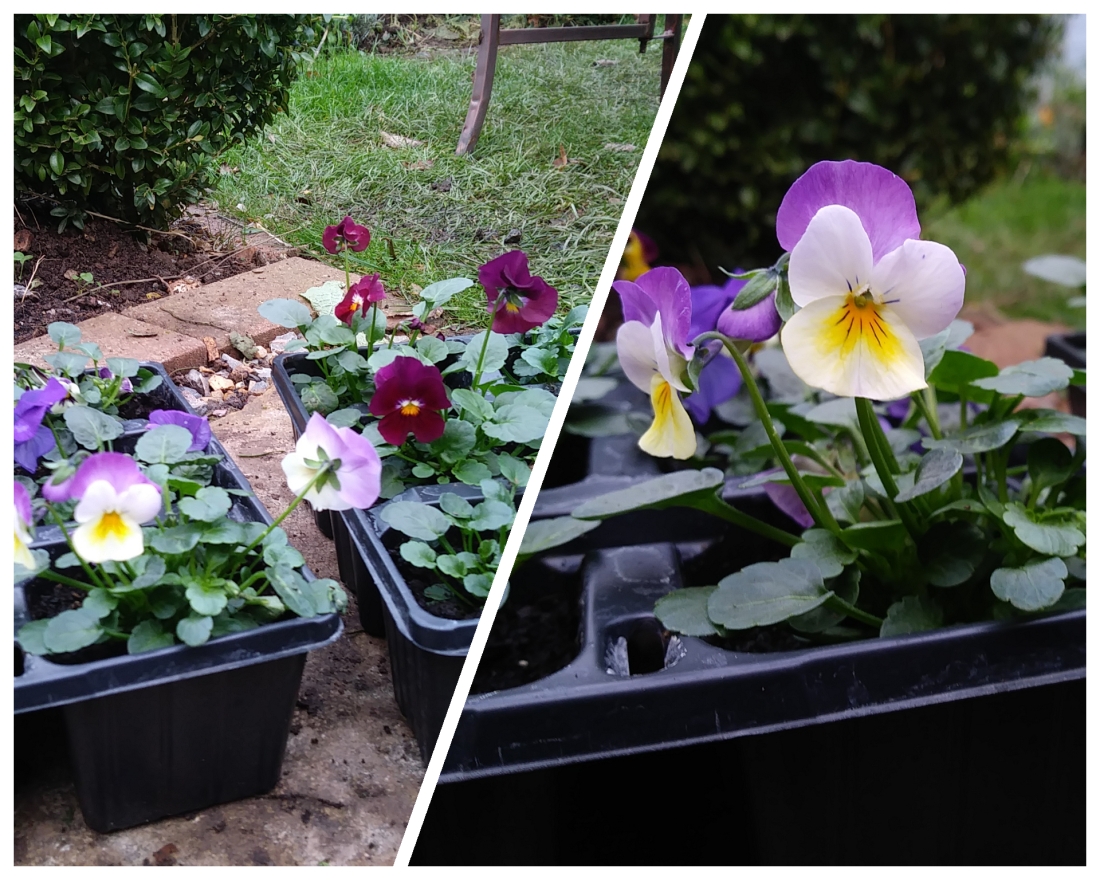 And they were my Six on Saturday on this wet and miserable morning. For more Sixes on Saturday, from all around the world, take a look at the site of the chap who started it all over at https://thepropagatorblog.wordpress.com.