Design a site like this with WordPress.com
Get started
Skip to content
One Man And His Garden Trowel Uncategorised 30th June 201815th July 2018 3 Minutes 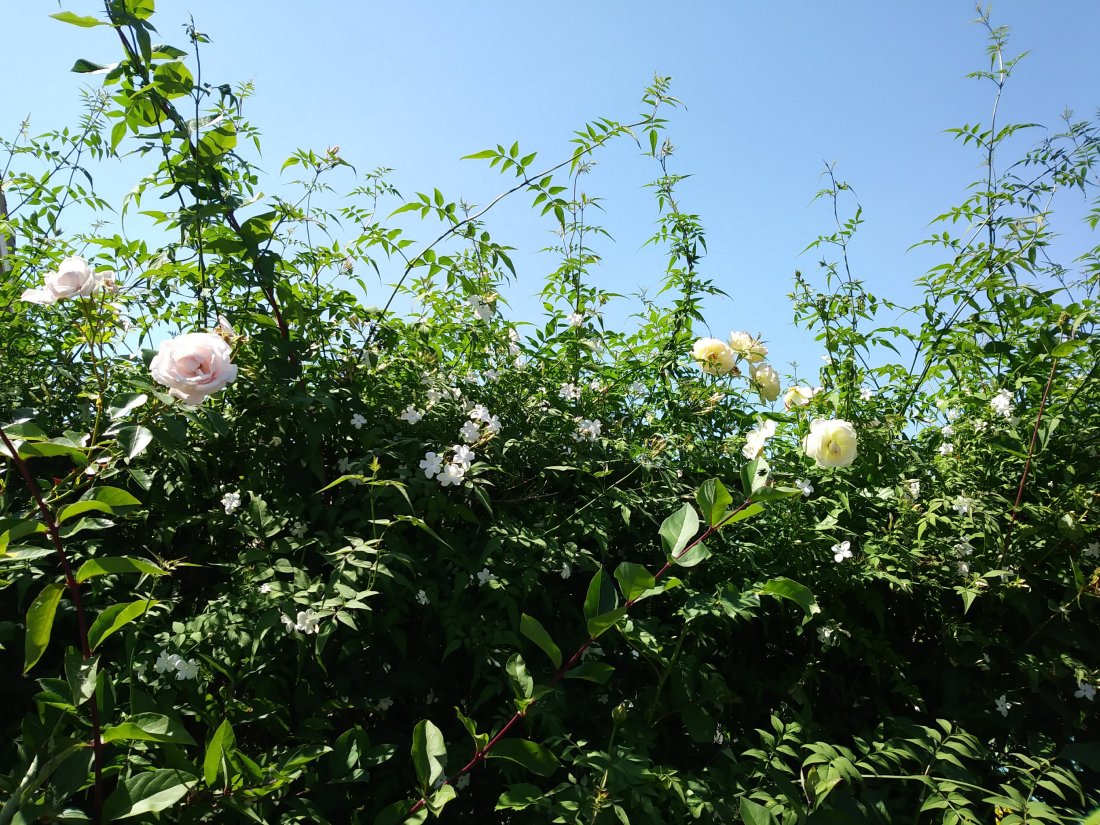 Last weekend was a full on decorating and clearing up frenzy after the builders finally finished and my Six on Saturday was put on hold while order was restored. Inside, chairs, tables, bureaus (well, just the one) and other odds and ends were put back in their rightful place. And outside, plants that had been dug up and plonked in pots for their own protection were returned to their beds, some having faired far better than others (a perennial honesty is looking extremely ropey, while a shrub honeysuckle has never looked healthier).

It seems wrong to complain about too much sun and blue sky, but there’s no doubt a lot of plants in the garden are suffering, particularly those in the front which get the sun throughout the day. Pots are being watered every evening but everything else has had to tough it out thus far (apart from an echinacea which, having been rescued from near mollusc munching oblivion last summer, was returned to the flower bed in the spring and is being slightly pampered). The climbing roses and jasmine on the trellis are thriving however and filling the garden with their heady scent in the evenings. There’s talk of rain on Sunday and fingers are crossed that we get some (and I suspect the slimy plant munching assassins of the night are hoping the same). Anyway, here are my Six on Saturday… 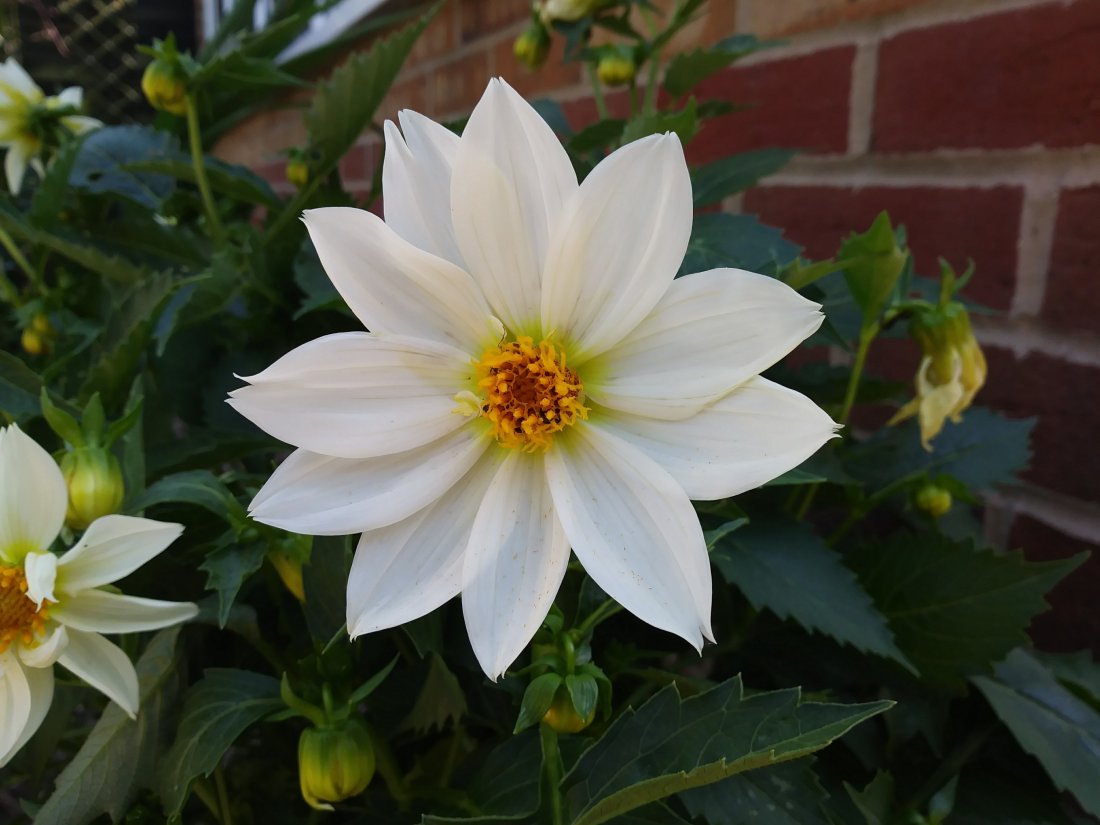 1. This Dahlia was grown from seed a few years ago now. There was a red dahlia (which I initially hoped this one would be) but a few of the tubers had rotted over the winter and it’s now evident that only the white one survived. Still, it is rather nice.

2. The sweet peas have started flowering. I always plant them in a pot next to the swing seat. This is Painted Lady and has a lovely scent.

3. The Crocosmia Lucifer has gone a little wild in the back garden and I’m afraid some of it is coming up in the autumn to make room for a new Daphne. However, when it isn’t toppling over, it is a show. It’s poised at the moment, ready to unleash a red flowery inferno that will last for a few weeks.

4. I’ve never had much luck with garden centre Scabious plants. They cost a fair bit and don’t seem to last many years. However, those grown from seed (and described as a hardy annual) are a bargain and have made it through a couple of Somerset winters, including the last one with all the snow. 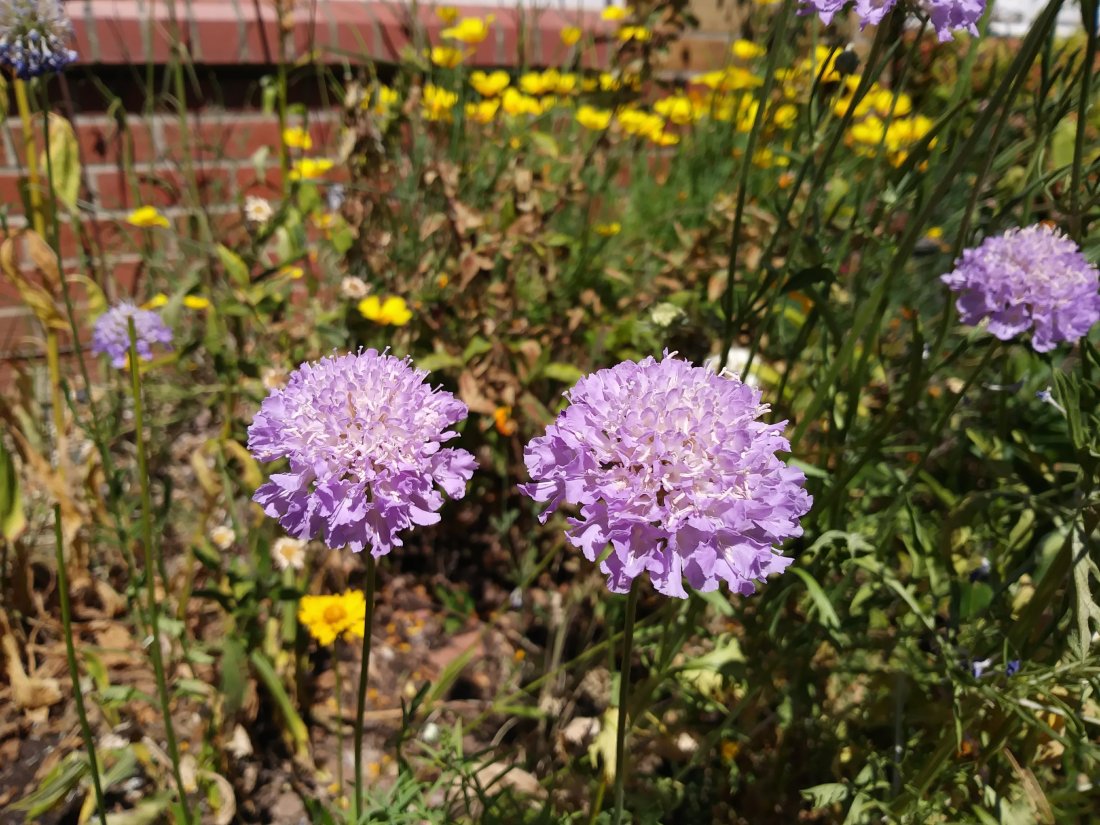 They’ve proved easy to grow and I’ve sown some dark red and white ones this year. The petals are fascinating to look at up close when they start to open, and they flower continuously which is always a bonus. 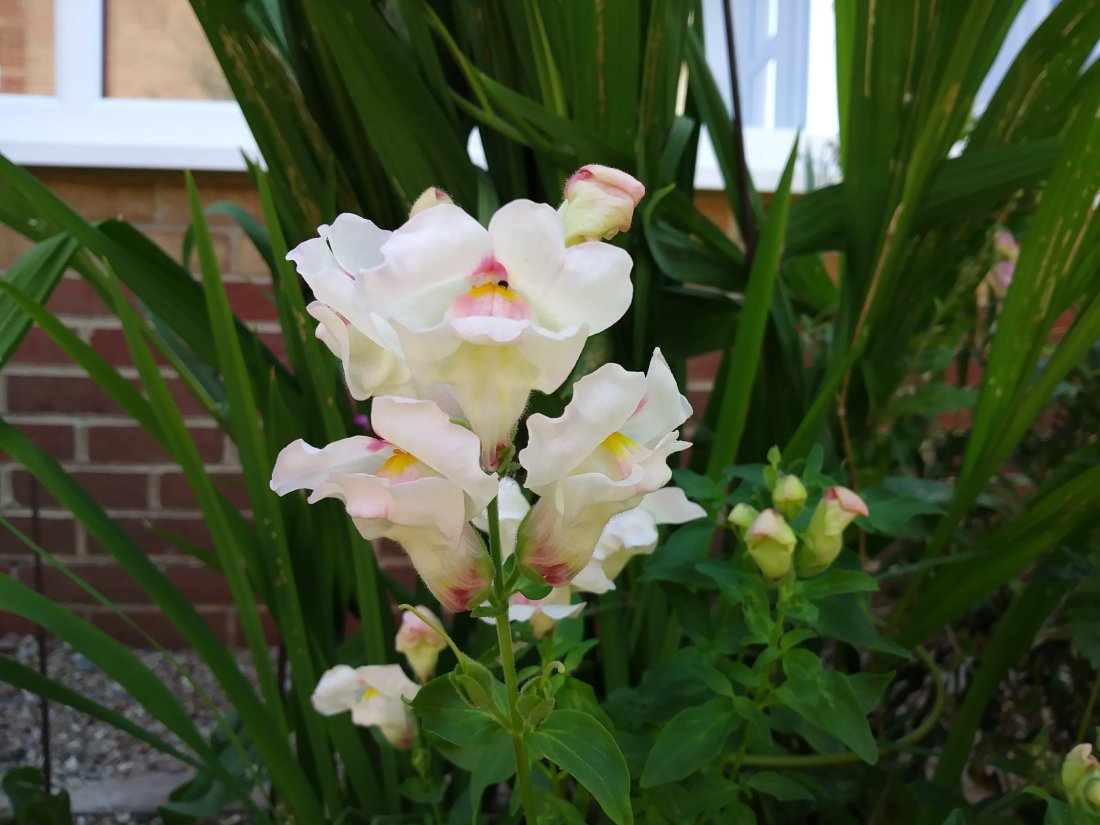 5. Snapdragons are a personal favourite. As kids we were shown how they could be made to talk (or snap I guess) by squeezing the back of the flower. It still amuses me. They’re grown every year from seed. These seem to be self sown from last year’s batch and have a head start on those sown in April.

There was a beautiful deep crimson one growing in a crack between the drive and the house. Alas, it was trampled on by the builders!

6. And finally, we have some tomatoes forming, Tumbling Tom Red and Yellow. I’m a bit weird when it comes to tomatoes. I’m not a fan of their texture, but I love the cherry types. I usually grow Sweet Aperitif from seed, but I left it too late this year and also fancied smaller plants that didn’t require support (they’re always grown outside in pots). These tumblers were bought as plants. So far, so good. However, I’m a bit wary as to how they’ll taste as the last time I grew a tumbling variety they weren’t very sweet or juicy. There’s no point me worrying yet though as they’re a long way off ripening.