The clocks go forward tonight. One less hour of sleep come Sunday morning but instantly longer evenings to enjoy pottering in the garden after work, that pesky but apparently necessary activity that pays the mortgage and bills and funds my coffee, cake and plant buying addictions. Last weekend I travelled up to North Wales to stay with my parents for a few days. It was sunny but surprisingly nippy; unless living down South for nearly 20 years has turned me into a Southern softy.

I tend to treat my mum’s garden a bit like a free garden centre and this year an order has been placed for a few grasses. I’m hoping they might do well in our South facing front garden. In the photo below you can just about see the window of my old bedroom. Being greeted with a view of this part of the garden every morning was always a great way to start the day. And my first Six on Saturday was photographed at the old ancestral home last Saturday…

1. Shortly after reading Jim’s camellia themed SoS last week I spotted this in my parents’ garden. It’s Camellia ‘Bargainus from Aldii’ and grows in a pot outside their back door. Nine times out of ten when I ask mum and dad where they got this or that from the answer is Aldi. 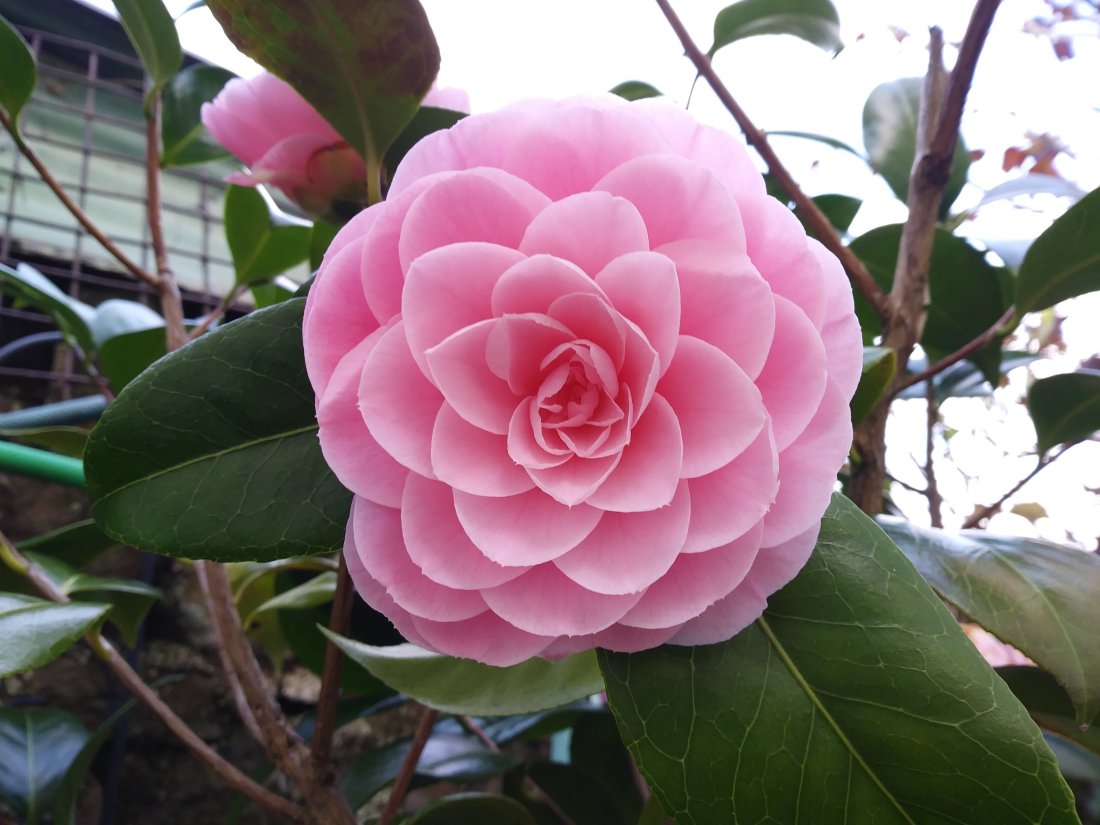 2. My next SoS was very nearly a huge embarrassment. Until the buds started to develop I’d assumed these were the new alliums I’d planted in the Autumn. They almost featured as a Six on Saturday several weeks ago with a bit about how alliums had never really done very well in the clay soil but were doing much better this year thanks to the addition of some gravel. For some reason I didn’t include them and I’m glad I didn’t! They turned out to be the new and slightly fragrant Daffodils, ‘Double Tahiti’. I’m rather pleased with them.

3. The swing seat was uncovered earlier in the week. In theory it’s for sitting on. In reality it will become a plant nursery as it has proved the best place to keep seedlings out of reach of plant munching molluscs. 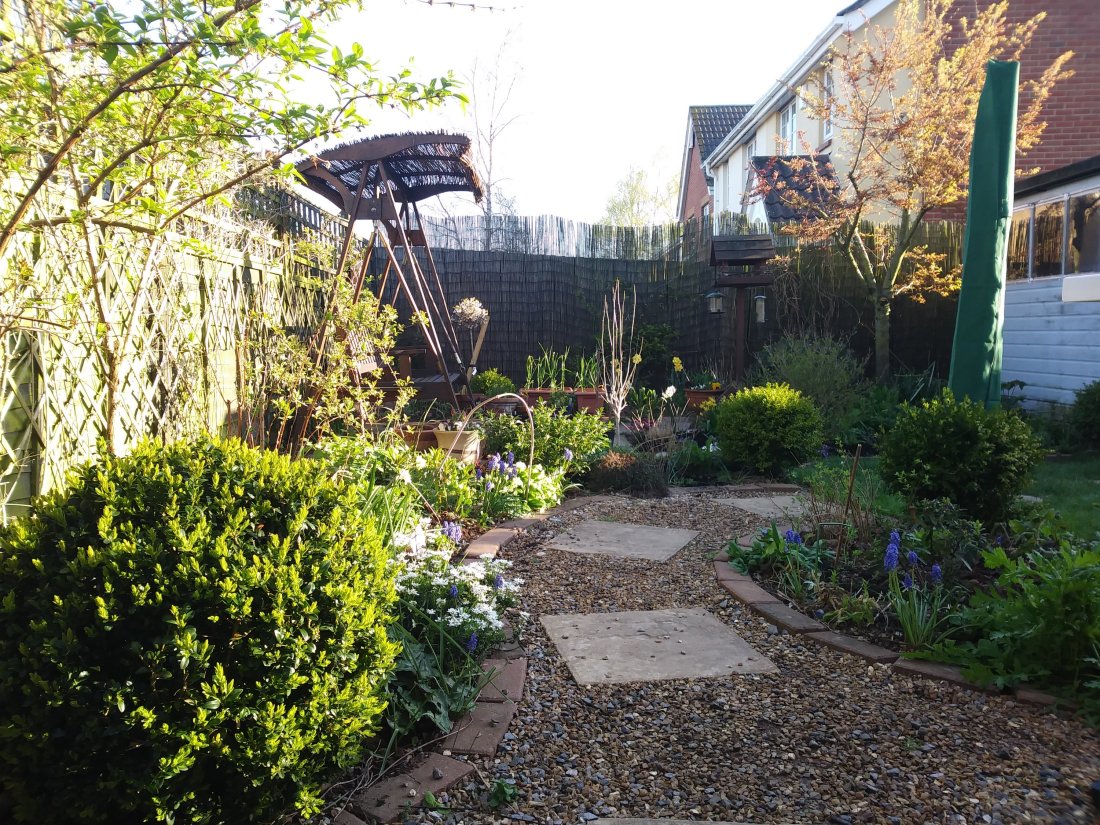 The original cloth canopy it came with was replaced with some willow screening about four years ago. I thought I was going to have to replace the screening this Spring but I think it might last another year.

4. Talking of seedlings, here are the sweet peas. They were watered after their photoshoot and will need pinching out soon. Quite a few seeds didn’t germinate for some reason but there should still be more than enough for a good display.

5. I forgot to sow wallflowers last year but an earlier batch must have seeded themselves. I think these are a dwarf variety. They’re in the front garden at the back of the border; not a very sensible place for enjoying their wallflowery fragrance. The sun was a tad too bright when I took this photo but the plants are enjoying it!

6. And finally… An unusal lichen growing on a stone by the small wildlife pond in my parents’ garden in North Wales. I’ve no idea what variety it is but it definitely didn’t come from Aldi. 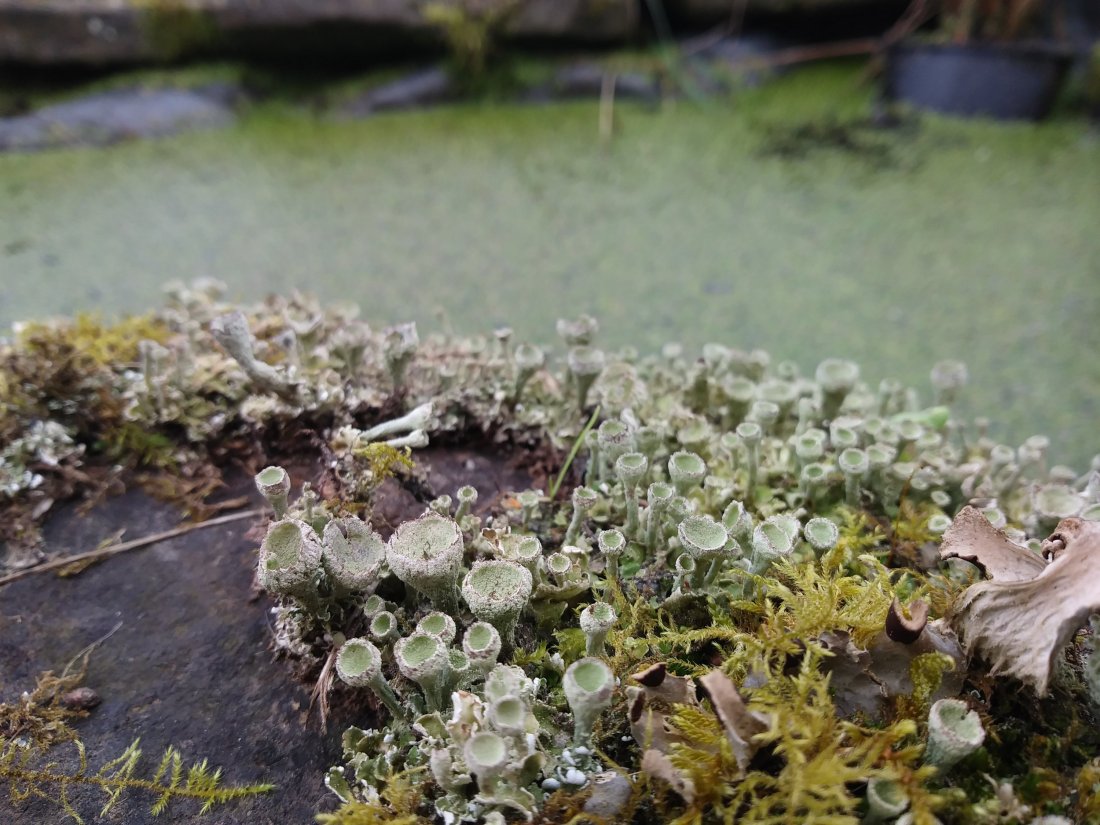